Elon Musk and Tesla each agreed to pay $20 million to settle a U.S. Securities and Exchange Commission suit over the tweet, without admitting guilt.
By : Bloomberg
| Updated on: 16 Apr 2020, 10:02 AM 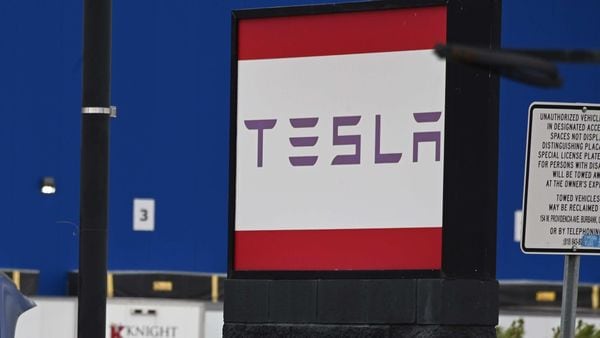 The ruling means Tesla will have to provide documents and other evidence to the plaintiffs as the case moves forward. Musk will probably have to submit to a deposition. The judge’s ruling also increases the plaintiffs’ leverage in settlement talks, as investors seek billions of dollars in damages to cover their losses.

The company claimed that Musk’s Twitter post on Aug. 7, 2018 -- “Am considering taking Tesla private at $420. Funding secured" -- was “aspirational," not fraudulent. But a San Francisco federal judge ruled Wednesday that shareholders’ lawsuit claiming the tweet was an intentional deception that jolted Tesla’s stock price can go forward.

“Nothing in the statement suggested it was merely aspirational," U.S. District Judge Edward Chen wrote. “It appears factual," and according to the complaint, “was not true," he added.

Musk and Tesla each agreed to pay $20 million to settle a U.S. Securities and Exchange Commission suit over the tweet, without admitting guilt. But as Musk continued to tweet about the company, the settlement was amended a year ago to add specific topics he can’t tweet about without advance approval from a Tesla lawyer.

Chen ruled on Wednesday that shareholders made a strong enough case that Musk made false statements “in the scope of his role as CEO of Tesla, with knowledge of the inaccuracies of his statements -- or was, at minimum, deliberately reckless when making such public disclosures" for the lawsuit to move forward.

Tesla didn’t immediately respond to an emailed request for comment on the ruling.

In his defense, Musk has pointed to conversations he had with the Saudi Arabia Public Investment Fund a week before the tweet. Investors argued the potential deal was thin on details and might have required Tesla to build a Middle Eastern production facility.Tesla’s stock surged as much as 13% after the tweet, hammering short sellers who hadn’t covered their positions. Other investors who read Musk’s message as a buy sign sustained losses when doubts mounted about his ability to follow through and the company’s share price plummeted. Weeks later, Musk abandoned the idea of going private.