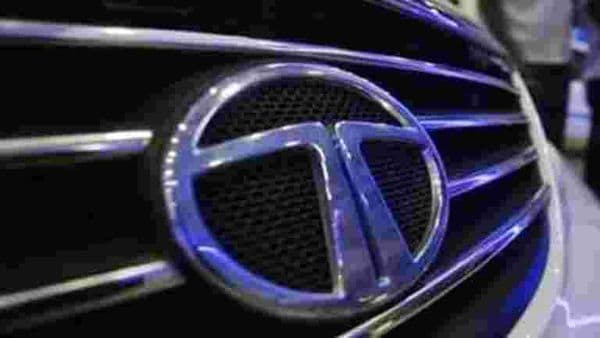 The company had posted a net loss of ₹3,679.66 crore in the year-ago quarter.

Total income from operations during the period under review stood at ₹31,983.06 crore as against ₹61,466.99 crore in the corresponding quarter of the last fiscal.

The company's British arm Jaguar Land Rover (JLR) reported a 44 per cent dip in net revenue at 2.9 billion pounds during the first quarter.

Its pre-tax loss for the period stood at 413 million pounds as compared to the same period a year ago.

During the quarter, JLR reported a 42.4 per cent decline in its global retail sales at 74,067 units.

At a post-earnings conference call, Tata Motors Group CFO P B Balaji said that as much as 98 per cent of the JLR retailers were fully or partially open globally and that the sales started improving on a month-on-month basis despite 42.4 per cent fall in volume in the quarter.

He also said that Tata Motors was in “conversations" with OEMs to forge a partnership for its passenger vehicle business but it had not fixed any time-frame for the same.

On a standalone basis, the company said its net loss for the quarter was at ₹2,154.24 crore as against a net loss of ₹147.45 crore in the year-ago period.

Its wholesales (including exports) decreased 81.5 per cent to 25,294 units during the quarter.

"The CovidD-19 pandemic has deeply impacted the auto industry in the first quarter of the current fiscal. Post a calibrated restart at all plants in mid-May, we gradually scaled up our capacity while prudently safeguarding the health and wellbeing of our employees as well as the larger ecosystem," Tata Motors CEO and MD Gueter Butschek said in a release.

Even as the company continues to address the challenges, it sees some disruption due to the intermittent shutdowns and supply chain bottlenecks, Butschek added.

"We have witnessed some green shoots emerging in the passenger vehicle segment owing to some pent-up demand pre-Covid-19, and are hopeful for a full recovery of the CV (commercial vehicle) industry by end of the fiscal year, with a gradual pickup of demand, aligned to the economic recovery," he said.

On the pandemic impact, Balaji said, "Overall, Covid-led lockdown impacted us globally. Because of that we had an overall revenue volume decline of close to 64 per cent and a revenue decline of 48 per cent during the quarter."

The impact was felt very sharply with wholesale down 80 per cent and revenue down almost 80 per cent as well, he noted.

However, the JLR transformation programme continued to gain momentum resulting in positive EBITDA despite significant volume drop in the quarter and lower cash outflow as compared to the earlier expectations, he said.         "Every region is showing improvement in JLR sales on a month-on-month basis as far as demand is concerned," Balaji said.

He, however, said "as much as we take on costs and reduce cash burn, demand is a very important lever for this business. And even though sales were improving demand was not coming back in a hurry".

In India, the nationwide lockdown resulted in the production and retailer shutdowns for major part of the quarter and heavily impacted the volumes.

For Tata Motors, Q1 was marked by successful transition to BS 6 and a sharp increase in PV market shares to 9.5 per cent with the "New Forever" range.      "In India, we have committed a ₹6,000 crore cost and cash savings for the year. We have started strong with a ₹1,000 crore delivery on just capex and cost. Working capital will kick in once the growth comes back again," he said.

"While SCVs are slowly starting to pick up, M&HCV is still extremely weak. We believe it will take another 3-4 months, if not six months, for it to start turning," Balaji said.

Some green shoots have been seen in the construction segment of the MHCV which is now starting to slowly pick up but cargo has definitely been impacted severely, he said.

Availability of financing post BS-VI, as there was a price increase, is a challenge for these vehicles, Balaji said adding that at the same time, moratoriums are still in the market and people want to see credit history.

"So we do see some challenges on financing of the vehicle space. We are hoping they will start easing as the months go by," Balaji said.

On scouting for a partner for passenger vehicle business, he said the company continues to have conversations with various OEMs, adding that, "These are long-term relationships, So we would want to ensure that we get into the right relationship. And therefore we will do it at the right time, with the right partner rather than rushing into a targeted date."

JLR CEO Ralf Speth said, "JLR has reacted with resilience and agility to the extraordinary challenges faced in the first three months of financial year 2021 adapting rapidly to the widespread macroeconomic disruption and uncertainty."

Through this period, the company continued to bring outstanding new vehicles to market, electrifying the product range and building the new Land Rover Defender, an icon re-imagined for the digital age, he noted.

"As the lockdowns ease, we will emerge from the pandemic with our most advanced product range yet, and with the financial and operating measures in place to return to long-term sustainable profit," Speth said.

Tata Motors noted that outlook remains uncertain for the year with infections continuing to rise and intermittent lockdowns in many countries.

"However, we expect a gradual recovery of demand and supply in the coming months," it added.