Stellantis, the fourth-largest automaker, said that disruption in the automobile industry due to semiconductor shortage can go on till 2022.The halt can also see an extension.
By : Reuters
| Updated on: 30 May 2021, 10:59 AM 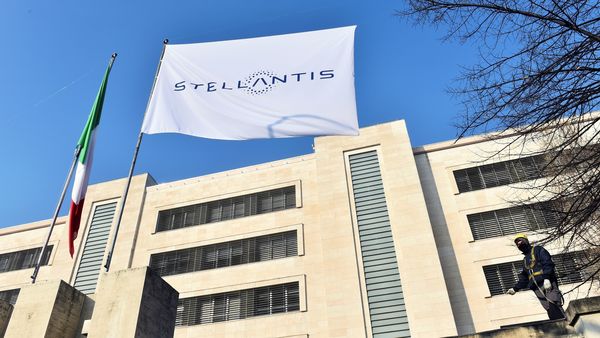 Stellantis was formed from the merger of Italian-American Fiat Chrysler and France's PSA. (File photo)

Stellantis will again halt production at its Melfi plant in southern Italy next month as a global chip shortage and weak demand linked to the Covid-19 pandemic keep affecting the automotive industry, UILM union said on Friday.

UILM's Marco Lomio said that the company had informed unions that production would be halted for several days in June. In particular, production at Melfi will be completely halted on June 3-4 and from June 28 to June 30, affecting all the plant's more than 7,000 workers.

The company also pre-alerted unions that the stoppage could be extended to July 1-2. The world's fourth largest carmaker earlier this month said it expected the global shortage of semiconductors to affect production this quarter more heavily than in the first three months of the year.

It said the situation should improve in the second half of 2021, but warned the disruption to the auto industry could last into 2022. Stellantis, which was formed at the start of the year from the merger of Italian-American Fiat Chrysler and France's PSA, makes Jeep Renegade and Compass models and the Fiat 500X compact SUV in Melfi, one of the group's largest assembly facilities in Italy.

Production at the plant has been repeatedly disrupted this year. A spokesman for Stellantis confirmed the stoppage was due to both the semiconductor issue and weak market demand. The automaker said earlier on Friday that an "unprecedented global microchip shortage" was also affecting production at assembly sites in Belvidere, Illinois; Windsor, Canada; and Toluca, Mexico.