The fuel pass in Sri Lanka was introduced to ensure a weekly fuel quota for motorists amid a fuel shortage.
By : HT Auto Desk
| Updated on: 25 Jul 2022, 16:22 PM 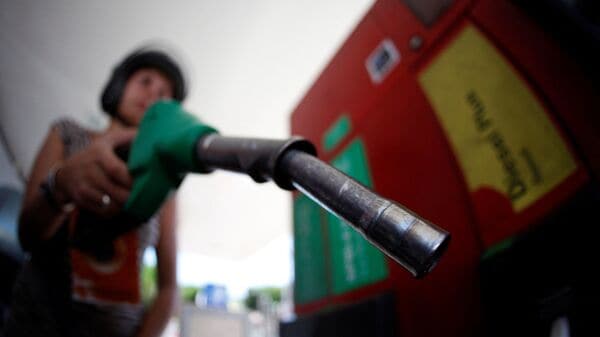 The neighboring Sri Lanka has been facing its worst economic crisis in decades and this has lead to a major fuel shortage in the country. In the face of fuel shortage, the government was supposed to start fuel distribution process for vehicles as per the QR code system but it has been delayed further, as per the Information and Communication Technology Agency of Sri Lanka (ICTA).

The country's Power and Energy Ministry was supposed to start the re-fuelling process for the vehicles as per the QR code system under the National Fuel Pass portal along with the last digit of the vehicle's registration number from Monday itself but the process has been delayed.

The ministry has all arrangements in place and fuel will be issued for a maximum of ₹1,500 for motorcycles, ₹2,000 for three-wheelers and ₹7,000 for other vehicles during the course of next week until the fuel permit takes effect. The scheme has been made in such a way that vehicles with the number plate's last digit ending with 6, 7, 8 or 9 will be allowed for re-fuelling on Monday, Wednesday and Friday.

The fuel pass in Sri Lanka was introduced to ensure a weekly fuel quota for motorists given that Sri Lanka is unable to import fuel in adequate quantities. The new Sri Lankan President Ranil Wickremesinghe had instructed officials to accelerate the fuel distribution process and focus on providing fuel for school and public transport.

The country has been facing drastic fuel shortage since February while in late June, CPC suspended distributing fuel for private vehicles in the country. It then announced to start fuel distribution from July 21, following the arrival of petrol and diesel shipments.