The spurt in demand for pre-owned personal vehicles is not only owing to hygiene concerns but also due to reduced budgets for buying a personal vehicle.As per industry data, the pre-owned car market outnumbers the new car market by 30% in volume.
By : PTI
| Updated on: 23 Jul 2020, 13:20 PM 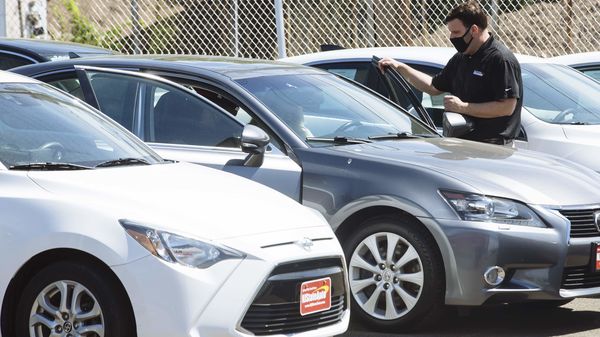 A car dealer wearing a protective mask shows a vehicle to customers at a used car dealership. (Representational photo)

Pre-owned passenger vehicles market has seen steady recovery and growth in April-July period this year with demand for such vehicles growing by around 25 per cent this month as compared to February, says a report.

According to a report by consumer-to-consumer marketplace for pre-owned items, OLX, the growth of pre-owned vehicles in July was led by sedans followed by SUV and hatchbacks.

In terms of consumer sentiment, 55 per cent of respondents plan to use a personal vehicle in the next 6 months and non-metros are key drivers in the demand revival, said OLX's 4th edition of the 'Auto Note'.

"The spurt in demand for pre-owned personal vehicles is not only owing to hygiene concerns but also due to reduced budgets for buying a personal vehicle. As per industry data, the pre-owned car market outnumbers the new car market by 30 per cent in volume," the report added.

The report, however, said preference for public transport, including cabs is on the decline owing to hygiene concerns with 55 per cent of respondents intending to commute in a personal car in the future as compared to 48 per cent in pre-Covid days.

Stating that the auto industry is on the road to recovery, OLX said 56 per cent of respondents planned to buy a car in the next 3-6 months and 54 per cent of these plan to buy a pre-owned car in the same time frame. 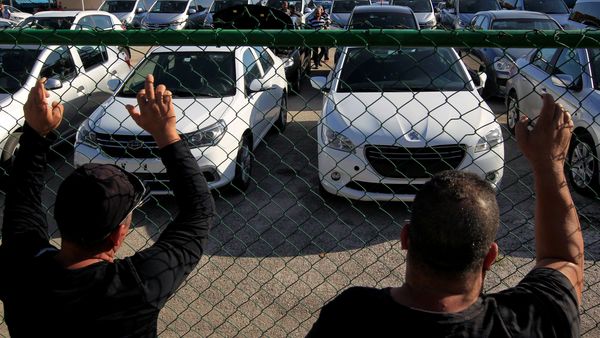 Representational photo of used cars are for sale (REUTERS)

"However, their preference is likely to veer towards entry-level models as 72 per cent of respondents have reduced their car-buying budget due to Covid-19. For new cars, 39 per cent of buyers have a budget under ₹3 lakh, with another 24 per cent having a budget between ₹4 and ₹7 lakh," the survey said.

OLX and OLX CashMyCar had conducted a study with over 3,800 respondents between April-June 2020, and also analysed indicators from over 4.5 lakh monthly average 'buyers sellers' on the OLX platform over the same period.

Commenting on the findings, OLX India Vice President Auto Sunny Kataria said, "While Covid-19 has been a black swan event for the automobile industry at large, we are starting to witness signs of improvement, especially in the pre-owned cars industry."

(Also read: Things to take care of when selling your old car)

Kataria further said, "changing preferences, evolving customer needs and an entirely new set of rules for social interactions have given rise to demand in the non-metro cities. Non- metro cities now form a major chunk of buyers and sellers for our platform."

"The narrative flips for metro towns, wherein 70 per cent of the respondents are more likely to opt for a new car," it added.