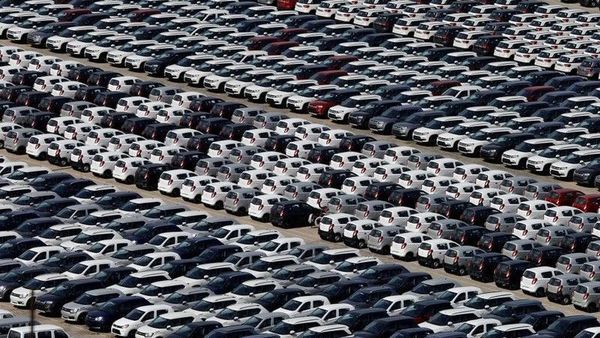 At present, the auto sector suffers from a consumption slowdown due to high taxation, stagnant wages and a stressed rural sector.

On Wednesday, automobile major Maruti Suzuki India reported that its overall sales which includes exports and off-take by other OEMs grew by 3.9 per cent to 133,296 units from 128,338 units sold during the corresponding period of the last year.

Similarly, the company's domestic sales including those made to other OEMs increased by 3.5 per cent on an year-on-year basis to 125,735 units in December 2019.

However, the company's sales of light commercial vehicles in the country fell 5 per cent to 1,591 units.

On the other hand, the automobile major's exports zoomed by 10.2 per cent in December to 7,561 units from 6,859 units which were shipped out during the corresponding month of last fiscal.

Besides, the company's domestic sales during the month under review edged lower by 9.8 per cent to 37,953 units from 42,093 units sold during the corresponding period of 2018.

"The year 2019 has been a challenging year for the Indian automotive industry. As we gear-up for a significant year 2020, we will offer BS 6 in both petrol and diesel engines across different models in our product portfolio," said Tarun Garg, Director - Sales, Marketing and Service, Hyundai Motor India Ltd.

Another automobile giant Tata Motors' overall sales, including exports in December declined by 13.84 per cent on a year-on-year basis to 46,903 units from 54,439 units sold during December 2018.

The automobile manufacturer's domestic sales fell by 12 per cent to 44,254 units last month, compared to 50,440 units during the same period last year.

Segment-wise, commercial vehicles sales during the period under review fell by 15 per cent to 34,082 units from 40,015 units.

Similarly, passenger vehicles' sales declined by 10 per cent last month to 12,785 units from 14,260 units which were shipped-out during the like period of last year.

Commenting on the sales performance, Mayank Pareek, President, Passenger Vehicles Business Unit, Tata Motors said: "Our focus in December has been to drive retail and minimise the network stock in order to facilitate a smooth transition to BS 6."

"Our marketing campaigns and attractive consumer schemes resulted in the highest retail sales this fiscal. December retail was 83 per cent higher than the off-take and the dealer network stock has been reduced to lowest ever level.

Mahindra and Mahindra (M&M) reported a 1 per cent fall in its total sales in December to 39,230 units from 39,755 units sold during the corresponding period of 2018.

Veejay Ram Nakra, Chief of Sales and Marketing, Automotive Division, M&M said: "Our performance in the month of December is as per year end sales outlook and currently we are also comfortable with our overall stock levels."

"As we get into the new year, we are fully equipped to roll out our BS 6 products and have taken all requisite measures for a smooth transition over the next three months."

Grant Thornton India LLP Partner, Sridhar V. said: "Sales reflective of the conditions prevalent during the year with December expectedly being true to the norm when sales is at its lowest."

"Discounts and push at the dealers end has kept some momentum but it is far from any true recovery."