Skoda Slavia officially confirmed for India, will take on Ciaz, Verna and City

Skoda Slavia is a mid-size sedan that will be officially launched in India towards the end of 2021.New Skoda Slavia is more than likely to be packed with features, some borrowed straight from the Kushaq SUV.
By : HT Auto Desk
| Updated on: 07 Oct 2021, 04:19 PM 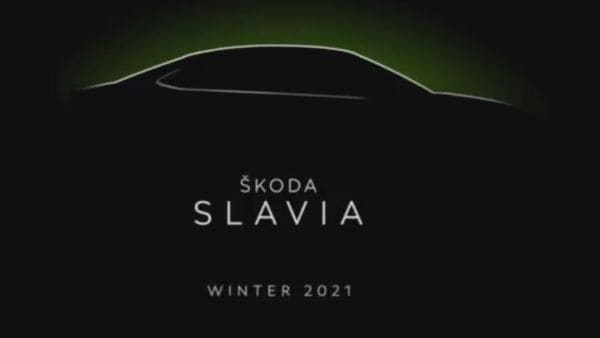 Skoda Slavia will take on rivals in the C-segment sedan category.

Skoda Auto India on Thursday announced that it will drive in Skoda Slavia sedan in the country towards the end of this year. Once launched, Skoda Slavia will compete in the C-segment sedan category which also features the likes of Honda City, Maruti Suzuki Ciaz and Honda City.

There is much that Skoda Slavia could bring on offer, especially because it has been extensively tested in Europe for over a year now even if it is heading to India before anywhere else. The name ‘Slavia’ goes back to the first bicycles jointly produced by company founders in 1896. The name may be an ode to where the company traces its origins but the car itself is new and the second KODA model from the India 2.0 project. "KODA has a rich global legacy spanning more than 125 years. The Slavia name represents the beginning of a success story that has seen KODA become one of the most renowned car makers," said Zac Hollis, Brand Director at Skoda Auto India. “We look forward to substantially growing our volumes in India and the Slaviawill play a key role in delivering this objective."

Slavia is expected to be slightly bigger in dimensions when compared to Rapid. It is more than likely to be packed with features, some borrowed straight from the Kushaq SUV while two turbo petrol engine options could make way under the hood.

It is a brave move for Skoda to drive in Slavia in India because the sedan segments here has been on a decline. While Toyota Yaris was only recently discontinued, others like Ciaz, Verna and City aren't faring as these vehicles once used to. The rise and spread of SUVs has become the driving force in the Indian automotive market and many believe it has come at the expense of sedans.

Even Skoda in India has looked at making the most of the SUV preference and its Kushaq mid-size SUV has been faring relatively well. The vehicle was officially launched earlier this year.