End of the road for Scooters India, who produced Lambretta, Vijai Super: Sources

Centre's efforts to find buyers for Scooters India did not yield results.In 1975, it started commercial production of scooters under the brand name of Vijai Super for domestic market and Lambretta for overseas market.
By : PTI
| Updated on: 21 Jan 2021, 17:23 PM 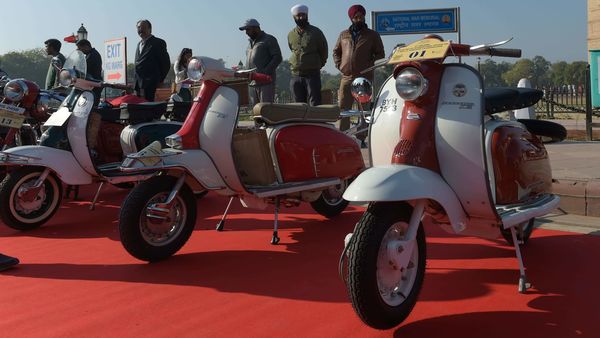 The company that manufactured famous scooters like Lambretta and Vijai Super will be shut down after the Cabinet gave its nod to a proposal to close the loss-making state-owned firm, sources said.

The Cabinet Committee on Economic Affairs (CCEA) is believed to have given consent to shutting down of Lucknow-based Scooters India Ltd at its meeting on Wednesday, they said.

The Scooters India brand name shall be sold separately as the company holds famous brands such as Lambretta, Vijai Super, Vikram and Lambro, shared an official. The company produces several types of three-wheelers under the Vikram brand.

The government's go-ahead to the closure proposal paves the way for the Heavy Industry Ministry to begin the process of winding up of the firm.

As per the proposed plan presented to the Cabinet, ₹65.12 crore required for closure of Scooters India Limited is being sought as loan with interest from the Government of India, sources said.

The proposal also entails offering voluntary retirement scheme/voluntary separation scheme (VRS/VSS) to the regular employees rendered as surplus, once sufficient funds are available. The Lucknow-headquartered firm has around 100 employees.

The employees not opting for VRS/VSS will be retrenched as per the Industrial Disputes Act, 1947, said the official who did not wish to be identified.

Moreover, 147.49 acres of the company's land shall be returned to the Uttar Pradesh State Industrial Development Authority at mutually agreed upon rates.

However, this process is expected to take time.

The process of winding up of the company also involves delisting of its shares from the stock exchange under the Companies Act.

The Centre has made several efforts in the past to find buyers for Scooters India and nurse the ailing firm back to health, but they have not yielded results.

In 2018, the government had invited expression of interest (EoI) to sell its entire stake with transfer of management control in loss-making Scooters India.

Scooters India was incorporated in 1972. It was engaged in designing, developing, manufacturing and marketing a broad spectrum of conventional and non-conventional fuel driven three-wheelers.

In 1975, the company started commercial production of scooters under the Vijai Super brand for the domestic market and Lambretta for the overseas market. Later it also introduced three wheelers under the brand name of VIKRAM/LAMBRO.

In 1975, it started commercial production of scooters under the brand name of Vijai Super for domestic market and Lambretta for overseas market.

However, in 1997, the company strategically discontinued its two-wheeler production and concentrated only on manufacturing and marketing of three-wheelers.