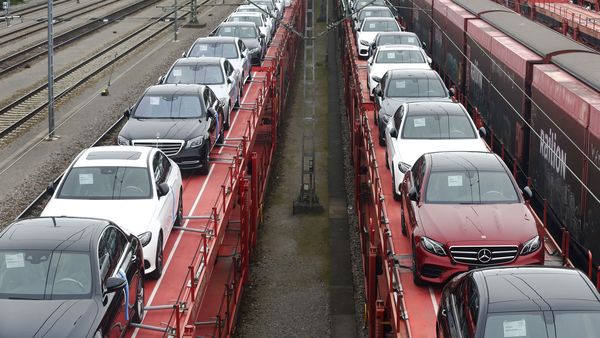 The Supreme Court Friday directed that no BS 6 vehicles will be registered with the authorities till it decides the issue of sale of such vehicles during the lockdown period.

The top court was earlier irked over the violation of its order and had pulled up the automobile dealers association by saying that the BS 4 vehicles were sold during the lockdown in last week of March and after March 31 also.

The bench had on July 8 recalled the March 27 order by which it had allowed sale of BS 4 vehicles for 10 days across India, except in Delhi-NCR, after lifting of the Covid-19 lockdown.

The relief, which was later withdrawn, to permit sale of the BS 4 vehicles for a small window period after lifting of the lockdown was granted to the dealers by the apex court keeping in mind the fact that the country had decided to not to allow their sale after March 2020.

During the brief hearing conducted through video conferencing on Friday, a bench headed by Justice Arun Mishra made clear that no BS-4 vehicles will be registered by the authorities till it decides the issue.

The bench, also comprising Justices B R Gavai and Krishna Murari, asked the automobile dealers association to place before it the details of vehicles sold either online or through direct sale during the lockdown period in last week of March.

The bench said it heeded to verify the details regarding sale and registration of BS 4 vehicles in lockdown period.

"You are in great trouble. We will prosecute somebody," the bench told the counsel appearing for the dealers association.

"We will take appropriate action against these fellows," the bench said while referring to the surge in the number of vehicles sold especially on March 29, 30 and 31.

The bench has now posted the matter for further hearing on August 13.

The top court had on July 24 expressed displeasure over an oral plea by the automobile dealers association that dealers should be allowed to return unsold inventory of BS 4 vehicles to the manufacturers so that they could be exported to other countries.

The association had said that there are some countries where sale of BS 4 compliant vehicles were still allowed.

However, the bench had observed "Why should we pass orders for that? Manufacturers were aware of the deadline."