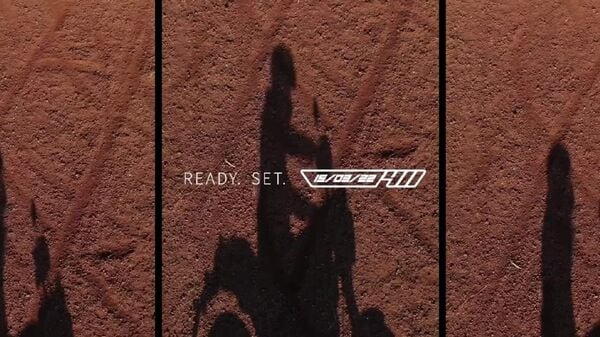 Royal Enfield Scram 411 will come as a more affordable version of the popular Himalayan ADV.

Chennai-based two-wheeler major Royal Enfield is all set to launch the Scram 411 motorcycle in the country on March 15. Though the vehicle was earlier scheduled to be launched in February, the third wave of coronavirus pushed the event a few days back into March. Royal Enfield will come as a more affordable version of the popular Himalayan ADV.

Last month, the motorbike has spotted arriving at a dealership backyard, hinting that the launch is imminent. The model was spotted in two different paint schemes - Black with Maroon/Yellow highlights and White with Red/Blue highlights. This implies that the bike will be available in multiple paint schemes, the details for which will be revealed soon.

Recently, the official brochure of the motorcycle was also leaked online, throwing light on some details including new features. Mechanically, the upcoming Royal Enfield Scram 411 will source power from the familiar 411cc, single-cylinder unit that is rated to churn out 24.3 bhp of maximum power. Transmission duties will remain the same as found on the Himalayan ADV.

The upcoming Royal Enfield Scram 411 is expected to be a toned-down version of the Himalayan and thus is likely to come with a different set of equipment to make it more cruising friendly. The model is expect to get a smaller 19-inch front wheel when compared to the Himalayan's 21-inch unit. The rear wheel, however, will remain the same 17-inch spoke wheel.

Further, the Scram 411 is expected to come with a single seat instead of split seat option on the Himalayan whereas the handlebar will continue to be a flat and wide unit, but not as high raised as before. The exterior is also set to get subtle modifications to make it look distinctive in comparison to its hardcore ADV counterpart. When launched, the bike is expected to be priced at around ₹1.75 lakh (ex-showroom).