An all-woman bikers contingent of the CRPF will make its debut and showcase daredevil stunts at the January 26 Republic Day parade at Rajpath, officials said on Monday.

The 65-member team will display its acrobatic skills on 350cc Royal Enfield Bullet motorcycles towards the end of the over 90-minute-long parade.

"It will be the first time that our women bikers are going to be a part of the Republic Day parade.

"This squad was raised in 2014 as part of our commitment to involving women in all spheres of duties rendered by us," CRPF spokesperson Deputy Inspector General (DIG) Moses Dhinakaran told PTI.

The contingent will be commanded by Inspector Seema Nag, who is posted with the Rapid Action Force (RAF).

The RAF is the special anti-riots combat unit of the Central Reserve Police Force (CRPF), which is the world's largest paramilitary force with about 3.25 lakh personnel in its ranks. 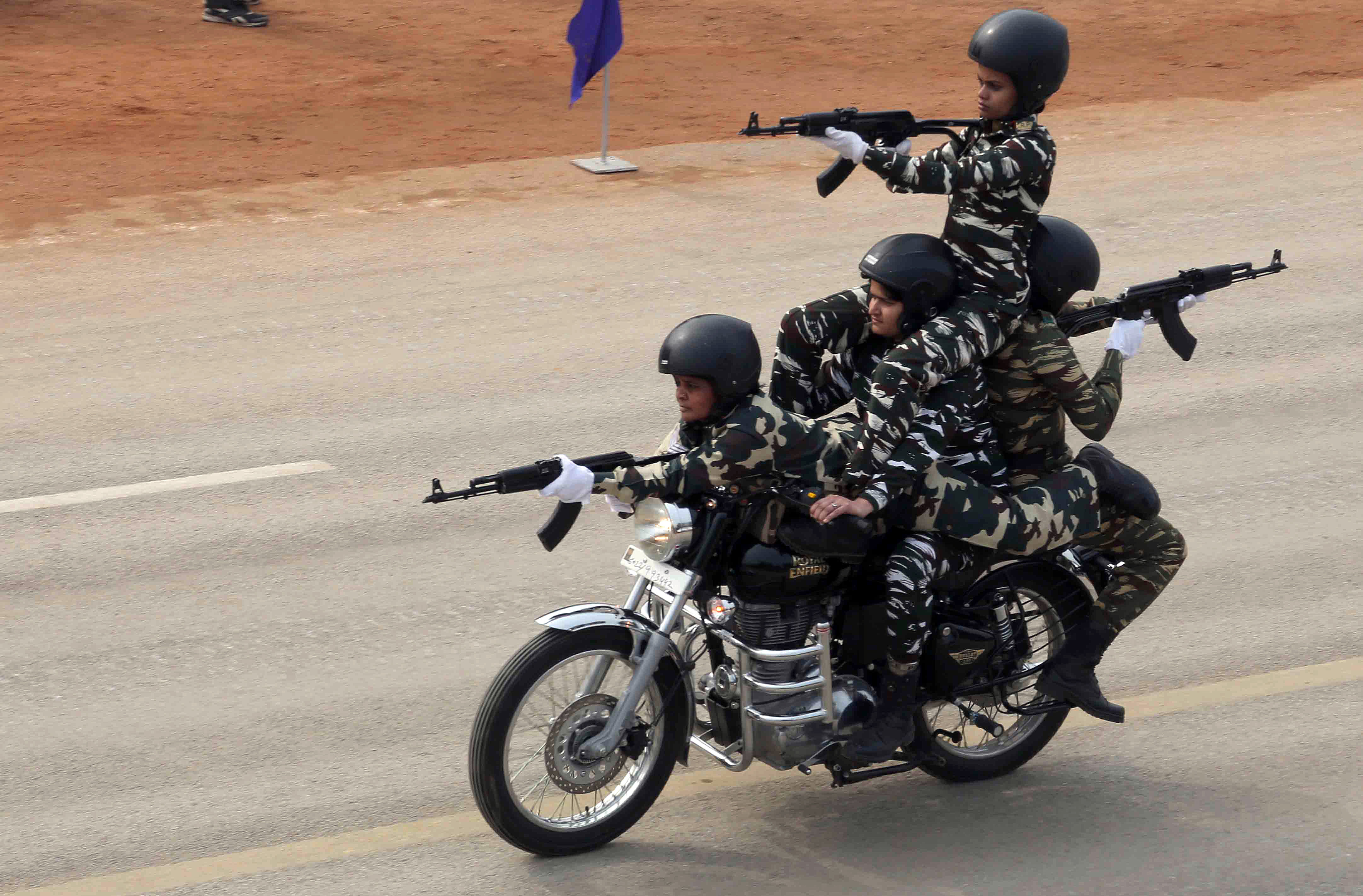 CRPF women soldiers perform a stunt during a rehearsal for the upcoming Republic Day Parade, at Rajpath in New Delhi on Monday. (ANI Photo)

The members of the squad have been specially chosen by CRPF trainers and are in the age group of 25 to 30.

They are drawn from various combat ranks of the force, another official said.

This women bikers team, the official said, had performed at the birth anniversary celebrations of country's first home minister Sardar Vallabhbhai Patel on October 31 last year at Kevadia in Gujarat. The event was attended by Prime Minister Narendra Modi.

In 1986, the CRPF had raised the first armed women's battalion in the Asia region and at present it has six such units with over 1,000 personnel in each.

At this year's Republic Day parade, the all-woman CRPF contingent is expected to present as many as nine acts of daring bike riding and conclude by forming a human pyramid on multiple motorcycles.

At the 2018 parade, a women bikers team of the Border Security Force (BSF) had made a similar debut.

In 2015, women marching contingents of Army, Navy and Air Force had debuted in the national parade.

According to tradition, the BSF and the Army's bike-borne daredevils end the Republic Day parade every alternate year riding their roaring bikes.

This year, the opportunity has been given to the CRPF women personnel, the official said.