Rolls-Royce aerospace department may create a fully-electric aircraft in three to five years.The company, however, does not intend to manufacture battery cells.
By : HT Auto Desk
| Updated on: 15 Feb 2022, 07:01 AM 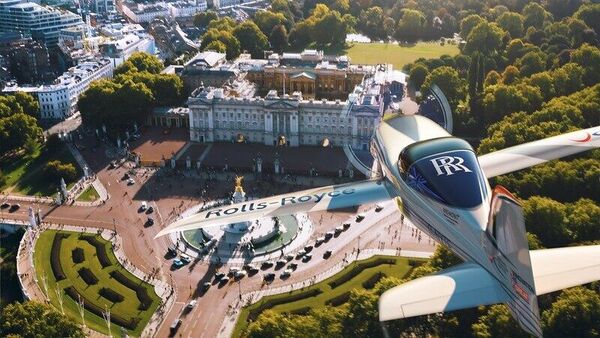 Rolls-Royce is aiming to develop a small fully-electric aircraft in three to five years, shared a top company executive recently. The company's President Rob Watson explained the first commercial application of P-Volt, a battery-electric system that will have a power output of 600-kilowatt hours, will be in an aircraft capable of flying six to eight people as far as 80 nautical miles. The range will keep improving with better battery technology and may eventually be able to power planes to around 400 kilometres by the 2030s.

As per a Bloomberg report, Watson stated the company is confident in the technology and now it will look to scale it so it can have a meaningful economic influence. “I think that’s where you see urban air mobility and regional air mobility, aircraft with 8-18 seats, becoming a real possibility in the next three to five years," he said.

The report further highlighted that Rolls-Royce's electric propulsion system can be used for both electric vertical takeoff and landing, or so-called eVTOLs, or commuter aircraft. The Vertical Aerospace Group Ltd, one of the former's customers, has grabbed orders from American Airlines Group Inc., Virgin Atlantic Airways Ltd. and aircraft lessor Avolon Holdings Ltd., and conveyed its VA-X4, a zero-emission four-passenger aircraft, can fly as fast as 200 miles per hour over a range of more than 100 miles.

Many companies worldwide ranging from startups to established aerospace giants have started developing aircrafts that are powered by an alternative source of power. The options that are being considered for this include sustainable aviation fuel, or SAF, hydrogen, fully electric, and hybrid-electric. “If you want to fly hundreds of people and thousands of miles, which is the single-aisle market, a battery is never going to do that because you’ll just be limited by the energy density of a battery and the weight of the battery," Watson said. “If you want to get to net-zero on those platforms, you will achieve that principally through SAF and then through hydrogen," added Watson.

Rolls-Royce is currently in talks with suppliers for battery cells as it is approaching the certification stage, Watson said. He also stated while the company will design and assemble the packs, it will not manufacture battery cells.