The job cuts at Renault's French plants will take place between 2022 and 2024.Renault's manufacturing overhaul plan also involves lowering of production capacity by almost a fifth.
By : HT Auto Desk
| Updated on: 15 Dec 2021, 09:47 AM 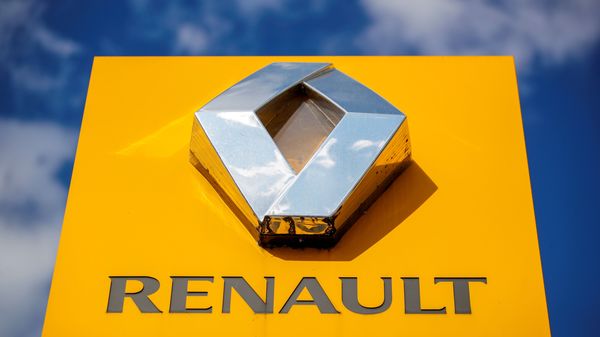 FILE PHOTO: The logo of carmaker Renault is seen at a dealership in Paris, France.

French automaker Renault has received backing from majority of unions who signed on a plan to eliminate 1,700 jobs in the country as part of the automaker's manufacturing overhaul and shift towards electric vehicles. The job cuts will take place between 2022 and 2024.

Renault will hire 2,500 people during the period and will base nine new models, targeting production of more than 700,000 vehicles a year in the country. While various unions including CFE-CGC, CFDT and FO agreed to the car maker's plans, the hardline CGT union rejected it.

It hasn't been an easy task for Chief Executive Officer Luca de Meo to get agreements for the cuts; it has in fact been a politically tricky task especially amid pressure from the government, which is the carmaker’s most powerful shareholder. However, the step was important for Renault because making EVs requires fewer workers than vehicles that run on combustion engines.

The jobs cuts that Renault recently finalized come on top of those that were announced last year - an eliminate of about 14,600 jobs worldwide including 4,600 or about 10% of its French workforce. The overhaul plan also involves lowering of production capacity by almost a fifth.

The carmaker agreed not close sites such as industrial, logistics, parts and accessories plants. It will also not close the technical engineering facilities located in Lardy and Aubevoye. Further, it will be retraining some workers in skills required for production of EVs.

Renault will assign its EV hub in northern France to the new Megane model, Renault 5 and Kangoo models as well as a future SUV. Its plants in Dieppe and Sandouville will produce the new Alpine and an electric Traffic van while Batilly will produce a replacement for the Master van and a vehicle from a partner. Its Cleons plant will make a 100 kilowatt electric motor.