Renault unveiled a sweeping plan on Friday to eliminate about 14,600 jobs worldwide and lower production capacity by almost a fifth in a bid to dramatically reduce costs amid the global auto industry slump.
By : Bloomberg
| Updated on: 01 Jun 2020, 10:10 AM 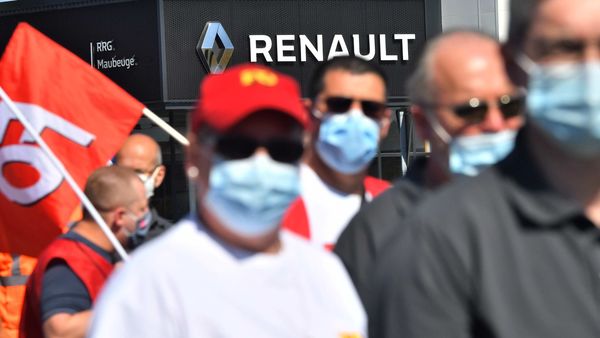 Renault SA Chairman Jean-Dominique Senard sought to defuse a crisis over the Maubeuge factory in northern France where workers have started strikes and protests over the carmaker’s cost-cutting program, saying he wasn't planning to shut the site.

"I have no intention, a priori, to close the Maubeuge plant," he said in an interview Sunday on Le Grand Jury RTL-Le Figaro-LCI. "I can assure you, I never said that and I didn’t even think that."

The manufacturer, which is poised to get a state-guaranteed loan for as much as 5 billion euros ($5.6 billion), has come under government pressure to tread carefully with plans to downsize in France. Finance Minister Bruno Le Maire, speaking in a separate interview, said the plant “is not going to disappear."

Renault unveiled a sweeping plan on Friday to eliminate about 14,600 jobs worldwide and lower production capacity by almost a fifth in a bid to dramatically reduce costs amid the global auto industry slump. The plan includes trimming 4,600 positions in France, or about 10% of the carmaker’s total in its home country, through voluntary retirement and retraining, and sparked an outcry from labor unions.

Talks with unions and local politicians on the future of Renault’s northern sites are set to get underway on Tuesday. While promising no workers will be left behind, Senard said the carmaker remains “fragile" and that its problems of significant overcapacity go well beyond the French plants.