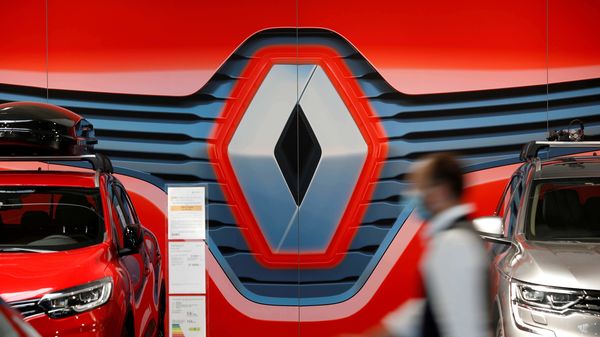 Six months after taking the top job at Renault SA, Luca de Meo will on Thursday unveil his turnaround plan, having concluded the French automaker has been complacent about profit for far too long.

The Italian-born brand specialist, credited with helping lift Volkswagen AG’s Seat range, aims to stem record losses at Renault. The 53-year-old is expected to provide more details on how he will tackle the company’s bloated factory footprint and stable of brands after having already announced a new corporate structure.

Dubbed “Renaulution," the strategy blueprint will be the company’s first since the ouster of Carlos Ghosn, whose arrest in Japan in 2018 triggered an unprecedented crisis within Renault and partner Nissan Motor Co. The future of the decades-old alliance rests on the companies turning their fortunes around.

De Meo’s plan “should be a radical change to how Carlos Ghosn used to run the firm," said Jose Asumendi, a JPMorgan Chase & Co. analyst who rates Renault the equivalent of a buy.

Here’s a guide of what to expect:

“Let’s be truthful, Renault is not used to generating profit in a lasting and solid way," de Meo wrote to employees in September. He warned cost cuts may need to exceed the 2 billion-euro ($2.4 billion) target the company unveiled in May. Sanford C. Bernstein analyst Arndt Ellinghorst is expecting a bigger number along with a 5-7% group operating margin target for 2022.

De Meo will need to chart a cautious path to extricate Renault from what he called the “red zone," balancing his own sense of urgency with the concerns of the French government -- the company’s most powerful shareholder -- on local jobs. Even before the pandemic struck, earnings had been weakened by poor performance at 43%-owned Nissan and production overcapacity. A record first-half loss last year came on the heels of Renault’s first negative annual result in a decade.

Renault leaned on the French state for support, taking out a 5 billion-euro loan at the start of the coronavirus outbreak. As the health crisis deepened, group operating margins slid to negative 6.5% in the six months through June, compared with 4.8% in 2019. Archrival PSA Group performed much better.

The cost cuts mapped out before de Meo’s arrival include eliminating 14,600 jobs, the lowering of production capacity by a fifth and a focus on value over the volumes aggressively pursued by Ghosn.

Denis le Vot, head of sales, said Tuesday the new pricing policy is already having an effect and is one of the reasons last year’s 21% decline in global sales to 2.95 million vehicles exceeded the 14% contraction in the overall market. Under Ghosn, Renault was aiming to sell more than 5 million vehicles annually by the end of next year. File image: Renault's logo as seen on one of its cars (Bloomberg)

De Meo is urging staff to emulate PSA’s turnaround to survive. The maker of Peugeot and Citroen cars bounced back from a near-death experience to report industry-leading margins and now is on the cusp of completing a merger with Fiat Chrysler Automobiles NV.

De Meo plans to rebuild Renault around four pillars: its namesake division, budget brand Dacia, performance marque Alpine and new mobility. Priorities include shrinking the product range by 30%, moving into more profitable, bigger SUVs and launching a French-made electric car costing less than 20,000 euros. He’s even got a plan to take the 65-year-old Alpine brand that was revived just a few years ago into the higher-end EV market and has expressed admiration for the popular R4 dating back to the 1960s.

Renault’s reliance on the European small-car market has made it vulnerable to the region’s downturn and narrow margins in the segment, and it will take time to change tack. Analysts at Morgan Stanley think it’s unlikely Renault and Nissan will have new models that improve their positioning and boost earnings until 2023 or 2024.

The three-way alliance, which also includes Mitsubishi Motors Corp., has taken a back seat as each company went into survival mode amid the pandemic.

They have pushed back any talk of re-balancing of their lop-sided cross shareholdings and pledged a more pragmatic approach to working together in areas including vehicle platforms and technology.

De Meo has warned against a blame game over their past and current difficulties and said he favors cooperation, especially in areas such as research and development and optimization of each company’s geographic footprint.