Reliance buys two-thirds of own gas from KG-D6; GAIL, Shell among other buyers 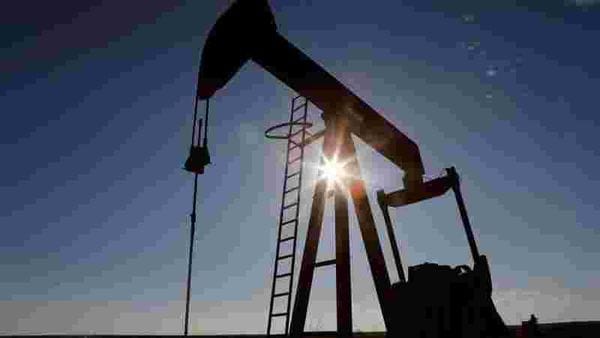 Reliance and its partner UK's BP Plc on Friday auctioned 7.5 million standard cubic metres per day of incremental gas from the R-series gas field in the KG-D6 block.

Billionaire Mukesh Ambani's Reliance Industries has picked up two-thirds of its own new gas from the KG-D6 block that was auctioned under new rules with state-owned GAIL and Royal Dutch Shell getting smaller volumes, sources said.

Reliance and its partner UK's BP Plc on Friday auctioned 7.5 million standard cubic metres per day of incremental gas from the R-series gas field in the KG-D6 block, benchmarking it to a gas marker for the very first time in the country.

The auction was held under the liberalised price discovery rules notified by the government that allowed affiliates of the gas producer to bid and buy natural gas.

Reliance O2C, an affiliate of Reliance, picked up 4.8 mmscmd of gas in Friday's auction that lasted for seven-and-a-half-hours, sources with direct knowledge of the development said.

Sources said the gas was bought at a price of USD 0.18 per million British thermal unit discount to JKM i.e. price of JKM (minus) USD 0.18 with tenures ranging from 3 to 5 years.

Reliance did not respond to email sent for comments.

Reliance O2C is the new unit that holds the firm's refinery and petrochemical assets.

The bidding process was carried out as per the guidelines notified by the government in October 2020.

Sources said the bidding process for sale of gas was launched on December 30, 2020 and it witnessed participation from around 15 bidders from city gas distribution sector, steel, power, refineries, petrochemicals, resellers and other industries.

The e-bidding process required bidders to submit their price bids linked to international LNG price benchmark JKM (Japan Korea Marker). The JKM represents price for spot LNG delivered in Asian market and is now being widely used in LNG industry as a marker for in medium/ long term LNG contracts instead of traditional linkage to oil.

This was second time Reliance-BP conducted an e-bidding process which ran on a dynamic forward auction basis for sale of KG-D6 gas. Earlier in November 2019, 5 mmscmd of natural gas was sold at price in range of around 8.6 per cent of Brent crude oil for tenure ranging from 2 to 6 years.

Reliance-BP started production of gas on December 18 last year from the R Cluster ultra-deep-water gas field in block KG D6 off the east coast of India.

The duo developing three deep-water gas projects in block KG-D6 -- R Cluster, Satellites Cluster and MJ -- which together are expected to meet around 15 per cent of India's gas demand by 2023.

R Cluster is the first of the three projects to come onstream and is the deepest offshore gas field in Asia.

'V' can be a positive, zero or negative number and up to two decimal places but it cannot be less than (-)0.30 USD/MMBtu, it said.

If JKM averaged USD 6 per MMBtu, the price will be USD 5.82 per MMBtu.

But Reliance-BP will only get the government notified cap price for gas from deep-sea fields.

Pricing of gas at JKM will be the first time that domestically produced gas is being sold at rates linked to an international gas benchmark, industry sources said.

Also, this will be the first discovery of gas price since the October 2020 decision of the government setting out uniform e-bidding norms for finding the market price.

That Cabinet decision also allowed the sale of gas to 'affiliates' and so while Reliance-BP affiliate companies couldn't participate in the November 2019 price discovery, they did in e-bidding on February 5.

The government has given operators the freedom to discover market prices but this rate is subject to a pricing ceiling or cap that the government notifies every six months. The cap for six months to March 31, 2021, is USD 4.06 per mmBtu.

And accordingly, Reliance-BP would get only that amount for the gas.

Essar Steel, Adani Group and state-owned GAIL in November 2019 bought the majority of the initial 5 mmscmd of gas planned to be produced from R-Series in the KG-D6 block by bidding between 8.5 and 8.6 per cent of dated Brent price.

In that bidding, Reliance-BP had asked gas users to quote a price (expressed as a percentage of the dated Brent crude oil rate), supply period and the volume of gas required.

A floor or minimum quote of 8.4 per cent of dated Brent price was set, which meant that bidders had to quote 8.4 per cent or a higher percentage for securing gas supplies.

Dated Brent means the average of published Brent prices for three calendar months immediately preceding the relevant contract month in which gas supplies are made.

Reliance got USD 4.205 per MMBtu for gas from D1 and D3 and MA fields during April 2019 and March 2014. It would have got double of that rate if a new formula proposed by the Rangarajan committee was approved but the new BJP government scrapped it and brought a new formula on pricing gas at rates prevalent in export surplus nations such as the US and Russia.

Reliance-BP is investing USD 5 billion in bringing to production three deepwater gas projects in block KG-D6 R-Cluster, Satellites Cluster, and MJ which together are expected to meet about 15 per cent of India's gas demand by 2023.

Reliance has so far made 19 gas discoveries in the KG-D6 block. Of these, D-1 and D-3 -- the largest among the lot -- were brought into production from April 2009 and MA, the only oilfield in the block was put to production in September 2008.

While the MA field stopped producing last year, output from D-1 and D-3 ceased in February.

Other discoveries have either been surrendered or taken away by the government for not meeting timelines for beginning production. Reliance is the operator of the block with 66.6 per cent interest while BP holds the remaining stake.