Rahul Bajaj to end his executive stint with Bajaj Auto

Chairman of the two-wheeler major will now become non-executive chairman at Bajaj Auto.
By : Amit Panday
| Updated on: 31 Jan 2020, 10:40 AM 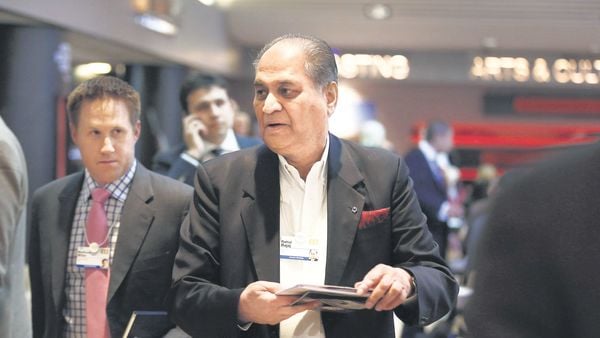 Rahul Bajaj, 81, will step down as chairman and whole-time director of Bajaj Auto on 1 April.bloomberg

Business tycoon Rahul Bajaj, 81, will step down as the chairman and whole-time director of Bajaj Auto Ltd on 1 April, the company said on Thursday, ending an over 50-year stint at the helm of India’s second-largest motorcycle maker.

In a stock exchange filing, the company said Bajaj will be a non-executive chairman. He was the director of Bajaj Auto since 1 April 1970, and was last re-appointed as chairman for a full five-year term with effect from 1 April 2015.

“Due to certain commitments and other preoccupation, Rahul Bajaj has decided not to continue as the whole-time director of the company after the expiry of his current term on 31 March 2020," the statement said.

The Bajaj Auto board on Thursday approved the move. “The approval of shareholders will be taken up by special resolution by way of postal ballot for his appointment as the non-executive chairman as required under Regulation 17(1A) of the Securities and Exchange Board of India Regulations, 2015," it said.

Bajaj’s move marks the end of an era for a company, which became a household name in the early 1970s with the launch of Bajaj scooters, ushering in a two-wheeler era with its popular ‘Hamara Bajaj’ advertising and marketing campaign. Over the years, Rahul Bajaj had stepped away from the day-to-day affairs of the company, handing over the reins to his sons Rajiv and Sanjiv. He was elected to the Rajya Sabha as an independent in 2006.

One of the most prominent leaders of the Indian Inc., Bajaj built a reputation as an outspoken voice when it came to important issues pertaining to trade, business and public welfare. Speaking at the company’s annual general meeting (AGM) last August, he had criticized the Centre for being in denial over the economic slowdown.

“There is no demand and no private investment," he reportedly said. “So, where will growth come from?"

In March 2019, he had stepped down as the chairman of Bajaj Finserv, the group’s financial services arm run by younger son Sanjiv, to take up the role of chairman emeritus.

His departure from the executive role at Bajaj Auto comes at a time when markets regulator the Securities and Exchange Board of India (Sebi) is pushing for separation of roles at top companies.

In May 2018, Sebi had amended Regulation 17 of the Listing Regulations of 2015, inserting a new clause, which required the top 500 listed companies by market capitalization to separate senior management roles by 1 April 2020.

Bajaj had publicly spoken against the Sebi decision. Through a gazette notification on 13 January, Sebi deferred the implementation of the norms to 1 April 2022.