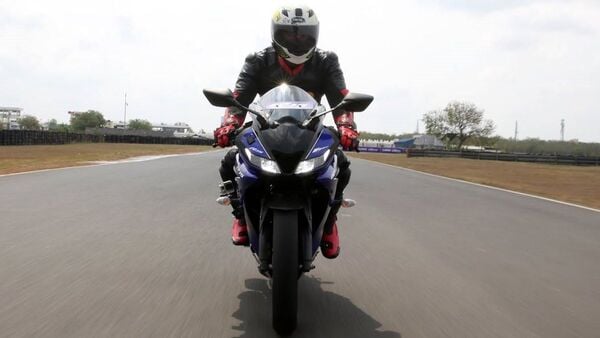 Yamaha has announced that it is working on a new motorcycle technology that can change the riding dynamics of motorcycles in the future. The YZF-R1 maker has recently showcased an early prototype of the electric power steering system (EPS), which is reported to go into production in the next few years. Yamaha has also informed that the new power steering technology will make its official debut on the company's MX series of bikes first.

The early prototype of Yamaha's power steering uses a torque sensor, magnet technology, and an actuator. All these elements come together to provide steering assist input at low speeds as well as steering damper benefits at high speeds. The company has said that its new system can provide riders better stability as well as reduce fatigue as high speeds by assisting steering which allows the rider to turn in using lesser force. As per Yamaha, this assistive intervention system also offers a completely natural feel.

Yamaha has tested its new power steering with the Australian racer Jay Wilson. Wilson is currently working for the Yamaha factory team and competing with the All Japan Yamaha Factory Race Team. The brand has also announced that all its Japan Motocross Championship YZ450FM and YZ250F motocross racers will be fitted with this new steering system soon.

The YZF-R1 maker is currently testing the magnetostrictive system for detecting torque on its electrically power-assisted bikes. However, deploying the EPS on its Japan Motocross Championship YZ450FM and YZ250F motocross bikes will help the company to gain the real world development data. Needless to say, this data will be used to further refine the system for the road bike in the future.