Plant in China may have rescued Tesla in last quarter

Tesla suffered from production suspension at its California plant due to Covid-19 outbreak but the ramp up in production at its Shanghai facility is expected to have thrown a lifeline.Tesla managed to carve out a $16 million net profit in the first quarter but the second quarter may slam the brakes.
By : Bloomberg
| Updated on: 01 Jul 2020, 09:06 AM 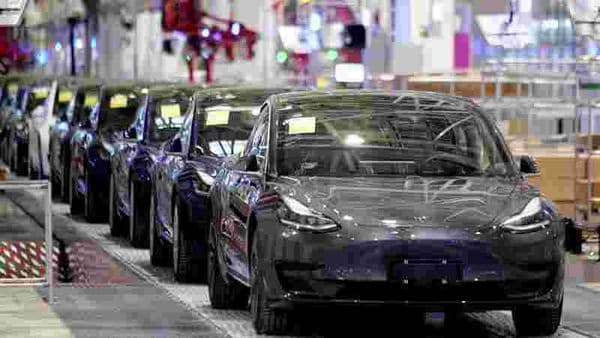 File photo - Tesla China-made Model 3 vehicles are seen during a delivery event at its factory in Shanghai, China.

Tesla Inc. endured a roughly seven-week shutdown of its most important car plant in the world last quarter, but its brand-new backup factory may have saved the day.

The manufacturer may have delivered more than 82,000 vehicles last quarter, according to analysts’ estimates compiled by Bloomberg. Some even expect Tesla to surpass the roughly 87,000 cars handed over to customers a year ago, or the more than 88,000 delivered in the first three months of this year.

Expectations were much lower just a few months ago, when Tesla and its automotive peers shut factories and showrooms and watched their stock prices crater. But while other car manufacturers’ shares have come back slowly, Tesla’s have soared, closing Tuesday at a record high of $1,079.81. The company’s market capitalization has shot up to $200.3 billion, passing Exxon Mobil Corp. and closing in on auto industry leader Toyota Motor Corp.

(Also read: Why Tesla share prices have soared this week)

What’s helping Tesla’s cause is its new plant near Shanghai, which just started delivering vehicles to public customers in January. The carmaker also began production of the Model Y crossover in March and rushed to reopen its Fremont, California, factory in May so that it could resume filling orders for what Chief Executive Officer Elon Musk has predicted will become his top-seller.

“The lesson learned by now is that TSLA shares tend to ‘work’ when something new has launched," Jeffrey Osborne, a Cowen Inc. analyst with the equivalent of a sell rating on the stock, said in a report Tuesday. “At this point both the Model Y and China built cars are ramping up." 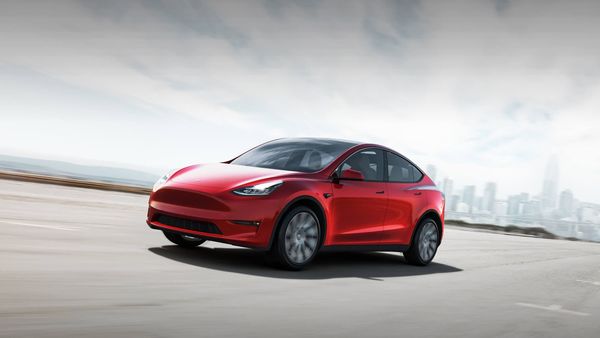 Musk, 49, suggested to Tesla employees early this week that the company could manage to avoid a quarterly loss.

“Breaking even is looking super tight," the CEO wrote to staff in an email seen by Bloomberg. “Really makes a difference for every car you build and deliver. Please go all out to ensure victory!"

Musk has sent many end-of-quarter internal memos both to rally employees and signal to investors, but his optimism has sometimes been misplaced. The then-record 97,000 deliveries Tesla reported for the three months that ended in September fell short of the 100,000 mark he floated in an email to workers.

This quarter, though, even skeptics in the analyst community see reason to be upbeat.

“With strong production in China and better-than-expected production in Fremont, we think that Tesla will beat what appears to be a low bar for deliveries," Brian Johnson, a Barclays Plc analyst with a sell-equivalent rating on the stock, wrote in a report.

He estimates 85,000 vehicle deliveries, potentially setting Tesla up for a quarterly profit that would make the stock eligible for inclusion in the S&P 500 Index. Johnson still believes the carmaker’s shares are “fundamentally overvalued," but believes they could keep moving higher in the coming weeks.

“We urge our bearish friends (perhaps emboldened by a ~$1,000 stock price) to return to the shelter of their caves," Johnson wrote.