Petrol pumps may wait months before seeing vehicles line up again. Here's why

India’s fuel consumption collapsed by as much as 70% at one stage in April.Petrol demand is still about 47% below the same time last year, while diesel consumption is about 35% lower.India is world's third biggest buyer of oil but national lockdown has resulted in massive fall in demand.
By : Bloomberg
| Updated on: 21 May 2020, 08:18 AM 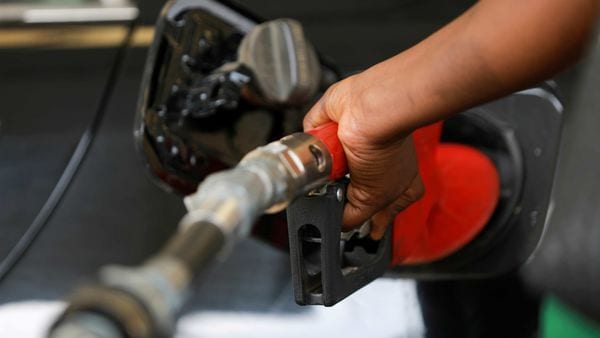 It’s going to take months for oil demand in the world’s third biggest market to get back to pre-virus levels as India faces its deepest recession ever in the wake of its near two-month lockdown.

Once the engine of global oil demand growth, India’s fuel consumption collapsed by as much as 70% at one stage last month as it embarked on one of the world’s most stringent nation-wide quarantines. As the lockdown eases, it’s now running at about 40% below last year’s levels and could take until the end of 2020 to get close to full recovery, according to executives at the country’s state-owned fuel retailers.

The stuttering rebound in India’s oil use stands in contrast to China’s, where demand is all but back at levels last seen before Beijing imposed a lockdown to fight the coronavirus outbreak. That’ll temper some optimism around a faster-than-expected tightening of the oil market that’s helped push prices back to $35 a barrel.

“Demand is reaching 60% to 70% of normal, but it will take some time to get to pre-Covid sales," said Mukesh Kumar Surana, chairman of Hindustan Petroleum Corp. “Over a period of two to three months, we should get back to 80% of normal sales. Beyond that, it will be slow."

The country consumed about 4.6 million barrels a day in May last year, which means demand probably stands at about 2.8 million barrels a day now, according to data compiled by Bloomberg, based on estimates by the executives. Gasoline demand is still about 47% below the same time last year, while diesel consumption is about 35% lower, they said. Jet fuel was still a massive 85% weaker, they said. In this file photo taken on May 8, 2020 airplanes are seen at the Indira Gandhi International airport apron during a government-imposed nationwide lockdown. (AFP)

Vehicles used to queue up outside Ajay Bansal’s gas station in Delhi’s bustling heart all day. But since Prime Minister Narendra Modi imposed the world’s most disruptive stay-at-home order on March 25, he says his customers more or less vanished.

“Daily sales plummeted to 10% after the lockdown began," said Bansal, who’s also the president of All India Petroleum Dealers Association. “Vehicles have now started trickling in since easing of some restrictions, but normalization will take a long time."

The lockdown of more than 1.3 billion people has taken a massive toll on India’s economy. Goldman Sachs is forecasting the deepest recession ever, with the economy shrinking by an annualized 45% in the second quarter before rebounding in the third quarter.

India extended its nationwide lockdown until May 31 but has eased restrictions in certain sectors to boost economic activity. Inter-state travel will be allowed with permits, while public transport, along with malls, cinemas, schools, gymnasium and tourist spots will remain closed.

R. Ramachandran, director of refineries at India’s second biggest fuel retailer Bharat Petroleum Corp., sees fuel demand reaching about 80% to 85% of normal in the next three to four months. He’s reluctant to make predictions beyond that as the full extent of the lockdown’s economic impact is yet to be seen.

“Only time will tell and we will need to wait," he said.

The oil market is frantically trying to gauge if the world’s major demand centres are replicating the recovery in Chinese consumption, which has helped power a remarkable rebound in crude prices after the catastrophic drop below zero last month. Brent futures are back above $35 a barrel and physical differentials surging as the world’s biggest producers stick to their historic pledge to curtail supplies.

While it’s a slow process in India, there are some signs of recovery. Sales of diesel, mainly used in transport and industries and accounting for 40% of India’s total oil demand, jumped 75% in the first half of May compared with the same period in April. The executives are also expecting gasoline consumption to accelerate quickly as people returning to work choose their own cars or taxis over public transport.

Gasoline use could return to pre-Covid level in two to three months, according to M. Venkatesh, managing director at Mangalore Refinery and Petrochemicals Ltd. “People would prefer to use private vehicles rather than public transport." He expects it will take until August or September for diesel demand to reach about 80% to 90% of its pre-Covid level.

Trucking, which accounts for the majority of diesel consumption in India, are still facing logistical and financial constraints. About 70% of the transport sector remains frozen, according to All India Motors Transport Congress, the largest body of transporters in India representing almost 10 million truckers. 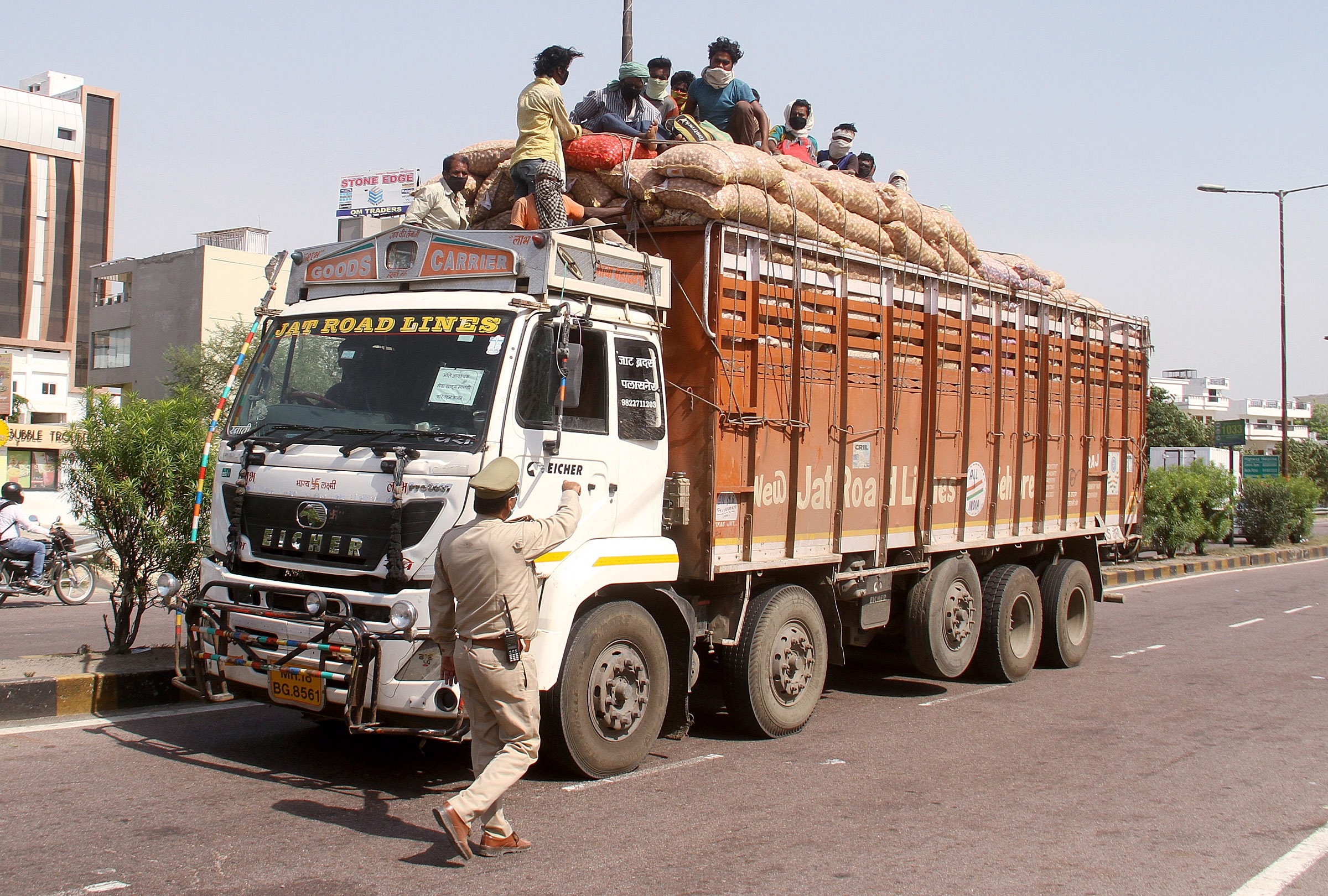 “It is highly unlikely that the economy will return to normal any sooner than 8-10 months," said Naveen Kumar Gupta, secretary general of the congress. “Poor demand will result in poor production and industrial output, which will further impede utilization of truck fleet. There is extreme financial pressure on the small operators who are highly fragmented and unorganized. If urgent relief measures are not taken, the day is not far away when the transport sector will not be able to function."

Commercial vehicles -- which include trucks, small cargo vehicles and buses -- account for 80% of India’s diesel consumption, according to Senthil Kumaran, oil markets consultant at Facts Global Energy. Long-distance travel is being severely impacted by remaining border closures between states and districts, so diesel demand will remain under pressure throughout the second half of 2020, he said.

Restrictions on air travel and a reluctance among the public to fly are also weighing on jet fuel demand. About 45% of aircraft traffic occurs to and from five major international airports, all of which are located in the so-called red zones areas that are still under more severe restrictions. While Kumaran expects India to “slowly open up the borders for international flights from July onwards," jet fuel demand is unlikely to get a major boost as passengers will continue to shy away from air travel, he said.

The International Energy Agency forecasts that the nation’s fuel demand will return to year-ago levels by the fourth quarter. The Paris-based body sees it declining 8% on an annual basis in 2020 with diesel and gasoline consumption likely to drop about 12% and jet fuel about 18%, according to its monthly oil market report released last week.

“Indian oil products demand will remain weak over the next few months," said Sandra Octavia, analyst at Energy Aspects. “Road transport is expected to remain lower year-on-year until at least the fourth quarter. Jet will be the laggard, unlikely to return to pre-virus levels until 2021 at the earliest."