Petrol and diesel prices remain at all-time record levels across the country.Among metropolitan cities, petrol prices are highest in Mumbai.
By : HT Auto Desk
| Updated on: 15 Jun 2021, 10:05 AM 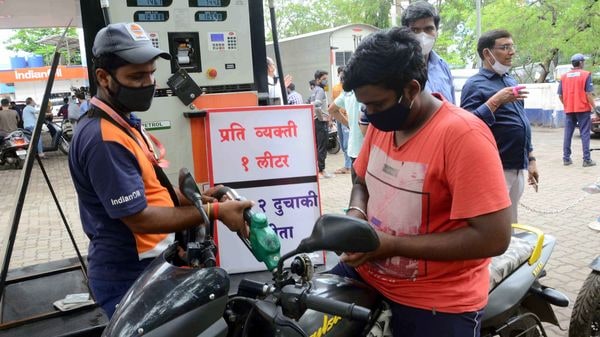 Petrol and diesel prices remain unchanged on Tuesday but this has hardly come as much of a relief as the rates remain at all-time record levels across the country. With petrol price well into triple digits in many parts of the country and diesel also entering the three-digit mark in some places, fuel rate hikes over the past several weeks have led to a lot of hardships for people at large.

The variants in how much state taxes and levies are imposed are the reason for varying fuel prices from one state to another and these, alongwith high taxes imposed by the central government, have primarily caused the spate of rate hikes since early May. While the central government previously chose to also highlight international crude prices for any change in domestic fuel rates, oil minister Dharmendra Pradhan recently said that his government needs funds to carry out various welfare schemes in Covid-19 times. He also chose to target Congress-rules states and asked why the governments here are not providing relief to people.

Political bickering is mostly part and parcel of rising fuel prices and Congress - among a few other opposition parties - have sought to target the central government over the fuel rates.

It is mostly agreed though that a respite from fuel price hikes isn't likely in the weeks to come.