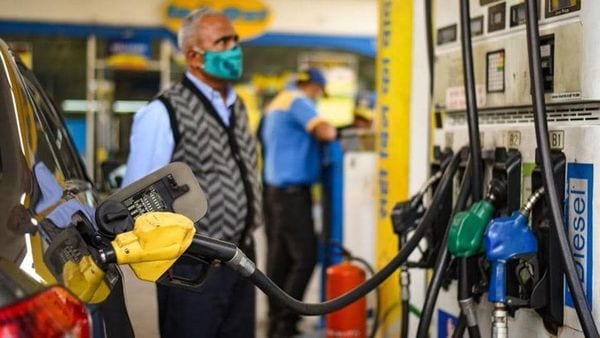 Petrol and diesel prices are at an all-time high across India.

Petrol prices on Monday saw yet another hike in rates and climbed by around 28 to 30 paise across the country for each litre of the fuel. In Delhi, a litre of petrol is now at ₹101.19. Diesel prices, however, saw a slight decline and is now at ₹89.72 for each litre in the national capital.

Petrol and diesel prices have been increasing almost incessantly since the early parts of May and are at record high levels across the country. Delhi and Kolkata recently became the latest to join a long list of cities where petrol prices have touched three-digit figures. Among the major metropolitan cities, Mumbai is still the place where petrol is the costliest. On Monday, a litre of the fuel here was at ₹107.20 while diesel is inching close to a century and is at ₹97.29.

The threat of diesel reaching ₹100 for each litre is the most evident in the city of Bhopal where a litre of the fuel currently is at ₹98.50. With no respite in sight, it could well breach the mark here before other cities see the rates climb.

Petrol and diesel rates have never been this expensive in the country's history and the ongoing spate of hikes has led to not just political uproar but a whole lot of stress for household budgets while possibly impacting economic indicators. The high rate of taxes, cess and levies imposed on both fuels by central and state governments are the biggest factor pushing fuel rates up. While former oil minister Dharmendra Pradhan had said that the central government needs revenue to fund welfare schemes, he had previously also pointed to changes in international crude rates. Hardeep Singh Puri, who took charge as Union Minister of Petroleum and Natural Gas last week, has said his focus is on ramping up domestic production of crude oil and natural gas.

But while there has been a long-standing demand for bringing fuel rates under GST, it is highly unlikely and the hikes in fuel prices are likely to continue un