Petrol price and diesel price have seen significant increase on a daily basis in the last two weeks.
By : HT Auto Desk
| Updated on: 05 Apr 2022, 10:12 AM 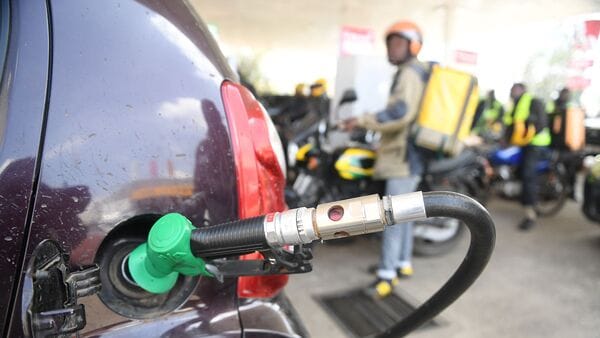 Petrol price and diesel price were increased yet again on Tuesday by 80 paise per litre each in what has now become an almost daily phenomena in the upward trajectory of fuel rates across the country. In around two weeks now, petrol prices and diesel prices have increased by ₹9.20 per litre which is not only hurting the personal budget of motorists but also threatens to hike prices of commodities.

It is important to note here that petrol prices have now breached ₹100-per litre mark in almost every major city across the country. In 13 hikes over the course of the past two weeks, fuel rates have jumped to record highs in many parts and there is no sign of any halt or U-turn. Prices had previously remained stationery for around four and a half months before the trend of increasing rates resumed from March 22 onwards.

The central government has pointed to the volatility of crude oil rates in the international market and the global fallout of Russia invading Ukraine. But opposition parties have questioned the decision to continue having significantly high taxes on petroleum products. The final price charged to a customer varies from state to state because different states have different levies and cess on both fuels.

But while getting from one point to another is becoming an even costlier proposition in the case of petrol or diesel-powered vehicles, CNG prices too have seen gradual hikes over the past several days. At last check, CNG retailed at ₹64.11 per kilo in Delhi.