Pakistan has hiked the prices of petrol and diesel from today in an effort to resume receiving aid from a $6 billion package signed with the International Monetary Fund in 2019.
By : HT Auto Desk
| Updated on: 27 May 2022, 10:06 AM 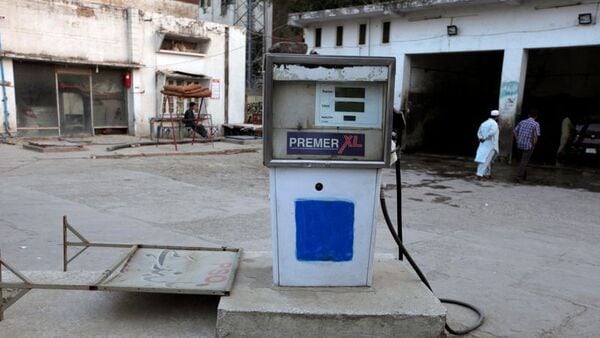 A fuel pump is pictured at a Pakistan State Oil petrol station in Rawalpindi. (File photo)

The fuel price hike resulted in long queues outside petrol pumps in Pakistan in a rush to fill up tanks at old rates. Former Pakistani cricketer Mohammad Hafeez reacted to the development claiming that the petrol pumps in the country had run out of fuel due to the rush.

The fuel price hike was necessitated to keep a deal between Pakistan and IMF alive. According to reports, the two sides have reached an understanding where IMF will release more than $900 million fund to Pakistan which is facing cash crunch and economic slide. According to a source quoted by news agency Reuters, “When we raise fuel prices, the deal will be done. We have worked out the outlines of a deal." Earlier in February, former Pakistani Prime Minister Imran Khan had capped petrol and diesel prices till June this year. His decision came despite an agreement with IMF to raise the prices.

Recently, Pakistan has also put a complete ban on imported cars. The ban, which was announced on Thursday, extends to all non-essential items including imported vehicles and other things like mobile phones, home appliances and weapons. Prime Minister Shehbaz Sharif announced his decision saying it will help Pakistan to save 'precious foreign exchange'.