As part of a mini budget, taxes on passenger vehicles have been hiked. The brunt of it could be felt by mass-market vehicles which are locally assembled in Pakistan.
By : HT Auto Desk
| Updated on: 08 Jan 2022, 11:05 AM 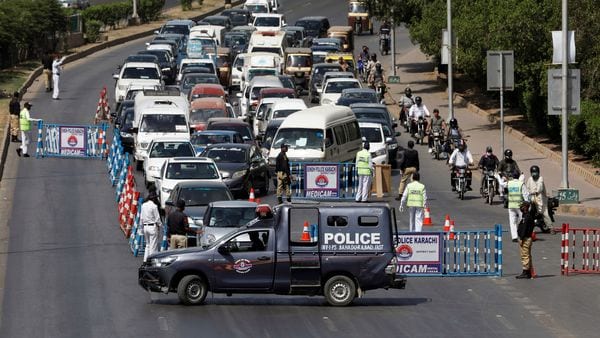 The Pakistani automotive industry isn't cheering the dawn of the new year and largely expects a sales slump owing to the decision of the government to hike federal excise duty (FED) on mass-market, locally-assembled cars between 1,000cc and 2,000 cc. The backbone of the automotive industry, cars in this category form a bulk of overall sales and are generally more prone to rise and fall in demand with the rise or cut in taxes.

Dawn reported recently that the Pakistan government - as part of what is called a mini budget - has increased FED on such vehicles from 2.5% to 5%. Many say the move is quite baffling because it does the exact opposite of giving impetus to the automotive sector. General sales tax on vehicles between 850cc and 1,000 cc has been increased to 17% from 12.5%. FED on vehicles above 2,000 cc has also been hiked to 10% from 5%.  Imported vehicles too will now cost more.

And because it is not yet clear if the hikes will cease post Budget FY23 or will continue, the ambiguity is expected to pull down sales in the first quarter of this calendar year.

Some of the popular small car models in Pakistan are WagonR and Cultus from Pakistan Suzuki, Kia Picanto and Alpha from United Motors.

The Pakistani government has, in the past, shown its intent of giving priority to local manufacturing and making imported vehicles more expensive. But the most recent move to hike taxes almost across segments and categories could slam the brakes. “I anticipate a drop of 10-15pc in the sales of locally-assembled vehicles in case tax changes are made till the new budget announcement," Indus Motor Company CEO Ali Asghar Jamali was quoted as saying by Dawn.

With the Covid crisis and the chip shortage continuing to threaten the automotive sector worldwide, the Pakistani government's decision to enhance taxes could potentially cause further pain.