The potentially affected Ford Mustang units may have screens with a blank or distorted feed from the rear-view cams.
By : HT Auto Desk
| Updated on: 28 Feb 2022, 10:17 AM 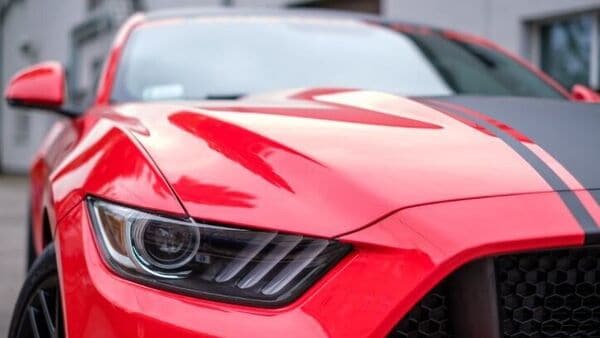 Ford has issued recall orders for over three lakh units of its Mustang manufactured between 2015 and 2017 in the US to check and fix a potential problem with the backup camera feed of these vehicles. A possible loss in electrical connectivity may lead to a blank feed on the screen when reversing.

It is reported that problems with electric connectivity could potentially affect the backup cams, resulting in either blank feed or even distorted images. This can make reversing the affected vehicles harder and may even lead to collisions in the worst-case scenario.

The potential fault can invite the ire of US road safety regulators and therefore, Ford is reaching out to owners of potentially affected Mutang vehicles for a check. It is further reported that the repairs would be carried out at no cost to the owner and if the cam is found to be faulty, new cameras would be installed.

It is important to note that only Mustang units manufactured between 2015 and 2017 may be affected and not those before or after these dates. This is believed to also be because a decklid harness may be at the root cause of the issue and this was only used during this time span before being put out.

In recent times, a number of automotive companies in the US have had to issue recall orders covering lakhs of vehicles. Concerns over passenger safety and fear of massive penalties are factors prompting car manufacturers to increasingly issue recall orders to check and repair potential faults.