OPEC+ is unlikely to change its output policy, which currently calls for reducing output by 7.7 million barrels per day (bpd) versus a record high 9.7 million bpd up until this month, as per sources.
By : Reuters
| Updated on: 19 Aug 2020, 05:02 PM 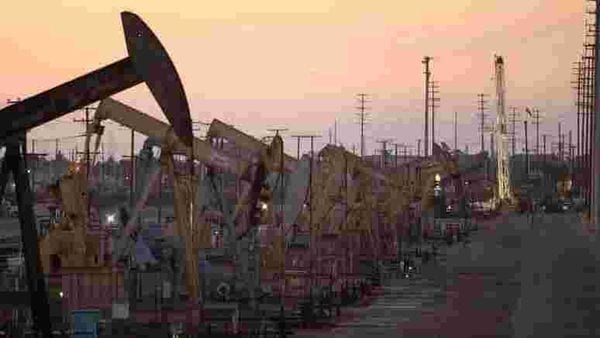 OPEC oil producers and allies such as Russia, a grouping dubbed OPEC+, meets on Wednesday to review compliance with oil cuts meant to support oil prices amid the coronavirus pandemic.

OPEC+ is unlikely to change its output policy, which currently calls for reducing output by 7.7 million barrels per day (bpd) versus a record high 9.7 million bpd up until this month, OPEC+ sources said.

"The meeting will be mostly a focus on conformity and compensation," said an OPEC source, rather than any major tweaks to the OPEC+ supply cut deal.

Other sources said the virtual meeting, scheduled to start at 1400 GMT, would look in particular at compliance by countries such as Iraq, Nigeria and Kazakhstan. They have made a smaller share of their reduction than members such as Saudi Arabia.

Another OPEC source was upbeat, saying the producers could deal with challenges like rising US or Libyan production.

"Everything will go well within OPEC+ because everyone needs stability and visibility in the market," the source said.

Overall compliance reached 95% to 97% in July, according to OPEC+ sources and a draft report seen by Reuters.

That is high by OPEC standards. In July, Saudi Arabia was pumping below its target and Iraq and Nigeria, while lagging the Gulf OPEC members on compliance, were pumping less than in previous months, according to a Reuters survey and other assessments.

Saudi Arabia's King Salman bin Abdulaziz spoke to Nigerian President Muhammadu Buhari on Wednesday and stressed the importance of compliance by all.

Russian Energy Minister Alexander Novak, who has tested positive for coronavirus, will join the meeting from home.

Brent crude is trading near a 5-month high above $45 a barrel and has more than doubled since hitting a 21-year low below $16 in April, helped by the OPEC+ deal.