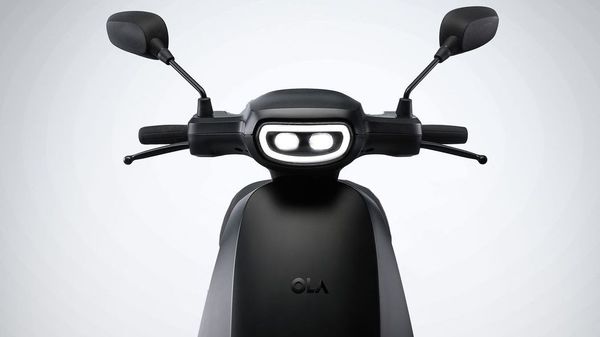 Ola's upcoming e-scooter will have a claimed range of 240 km and is said to feature a removable battery set up. (File photo)

Ola Electric is looking at taking its electric scooter to international markets, including countries like France, Italy and Germany, this fiscal, a top company executive said.

The company, which is working on setting up a 'Hypercharger Network' for its electric vehicle, is slated to launch its electric scooter in India in July this year.

"We are going to be launching internationally...this financial year itself, we will be selling internationally also. We start with India first but soon, we move into international markets with a focus on Europe," Ola Chairman and Group CEO Bhavish Aggarwal told PTI.

The company has not yet disclosed details like pricing of the e-scooter.

Last year, Ola had announced a ₹2,400-crore investment for setting up its first electric scooter factory in Tamil Nadu. Upon completion, the factory will create nearly 10,000 jobs and will be the world's largest scooter manufacturing facility that will initially have an annual capacity of 2 million units.

The launch of the electric scooter is in line with Ola's global vision of moving mobility into a more sustainable, accessible and connected future.

"We will be selling our scooters across all key markets in Europe. Key markets are the big countries especially those lying around the Mediterranean Sea, like France, Italy, even Germany is a good market. UK is good market, Spain is a great market," Aggarwal said.

He added that India is going to be the first priority given that Ola is an Indian company, but the company will also focus a lot on exports and international markets.

Aggarwal also hinted that the company would look at introducing electric cars as well in the future.

"This network, the Hypercharger Network is focused on two-wheelers. In due course, we will expand this network to four-wheelers also, when our four wheeler products come out in a couple of years," he said.

Asked about the impact of the COVID-19 pandemic, Aggarwal said there hasn't been any major disruption as of now.

"As the next few weeks evolve, things might change but as of now we are not foreseeing any major disruption in our roll-out of the charging network or the factory," he said.

In May last year, Ola Electric had announced the acquisition of Amsterdam-based Etergo BV for an undisclosed amount. At that time, the firm had said the acquisition of Etergo would further bolster its engineering and design capabilities in the electric mobility space.

Last month, Ola Electric had announced setting up a 'Hypercharger Network' in the country that would include one lakh charging points across 400 cities.

While Aggarwal declined to comment on the revenue expectations from the EV business, he said the company is confident that the product will be liked by consumers.