Increase in fuel prices in some states like Maharashtra, Karnataka and West Bengal by about Re 1 per litre each from April 1 has been on account of hike in state sales tax or VAT rates.
By : PTI
| Updated on: 03 Apr 2020, 12:06 PM 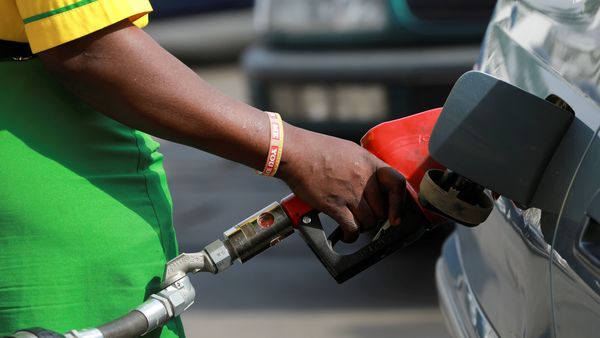 India has switched over to the world’s cleanest petrol and diesel without raising prices, Indian Oil Corp (IOC), the nation's largest oil firm, said on Thursday.

Leapfrogging from BS 4 grade fuel straight to BS 6 grade, equivalent to Euro 6 fuel, petrol and diesel would have resulted in an up to Re 1 per litre increase in cost but oil companies decided against passing this on to consumers and instead adjusted it against the reduction warranted from international oil prices plummeting to a 17-year low.

IOC also said the prices of petrol and diesel have not been increased despite cost going up significantly.

Increase in fuel prices in some states like Maharashtra, Karnataka and West Bengal by about Re 1 per litre each from April 1 has been on account of hike in state sales tax or VAT rates, it said.

PTI had on Wednesday reported that oil companies will not raise prices while supplying BS 6 grade fuel.

In a statement, IOC said public sector oil firms had incurred about ₹35,000 crore in upgrading their countrywide refineries, pipelines and marketing distribution network to be able to supply petrol and diesel with 10 parts per million (ppm) of sulphur as against 60 ppm in BS 4 fuels earlier.

"Taking into consideration the CAPEX costs and the likely incremental OPEX costs, there would be some impact on the retail selling price of petrol and diesel," it said.

"Considering the current crisis brought on by the COVID-19 pandemic, the oil marketing companies (OMCs) have kept the prices of petrol and diesel unchanged with effect from 1st April 2020, which were otherwise also being maintained steady."

It further stated that while the prices of petrol and diesel have remained unchanged at ₹69.59 per litre and ₹62.29 respectively, rates in Kolkata and Mumbai have gone up by Re 1 a litre each because of hike in VAT rates.

Rates have not changed in Chennai.

"In view of the extremely volatile situation, the OMCs are keeping a close watch on global cues and the market scenario while taking pricing decisions," the statement said.

Oil companies have not changed petrol and diesel price for over a fortnight now as they first adjusted the reduction warranted against the ₹3 per litre increase in excise duty and now are setting off the increased cost of BS-VI fuel.

Petrol and diesel rates were last revised on March 16.

The switch over from BS 4 to BS 6 was achieved in just three years, a feat not seen in any of the large economies around the globe.

India will join the select league of nations using petrol and diesel containing just 10 parts per million of sulphur as it looks to cut vehicular emissions that are said to be one of the reasons for the choking pollution in major cities.

India adopted a fuel up-gradation programme in the early 1990s. Low lead gasoline (petrol) was introduced in 1994 in Delhi, Mumbai, Kolkata, and Chennai. On February 1, 2000, unleaded gasoline was mandated nationwide.