Home Auto News No More Hybrid Lane. Get A Fastag Or Pay More

No more hybrid lane. Get a FASTag or pay more 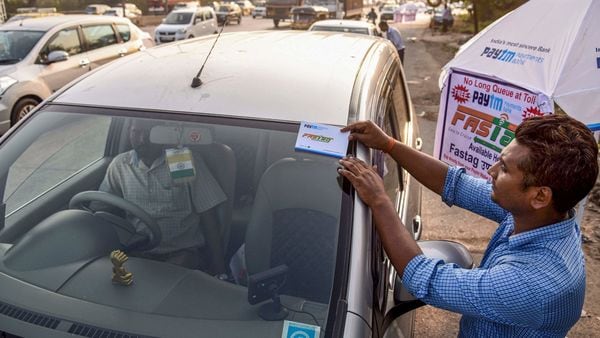 From today, FASTag has become mandatory across India for all motorists in a bid to ensure digital payments at toll-booth and hassle-free payment. Powered by RFID technology, FASTag is a chip-enabled sticker that is placed on the vehicle’s front windshield, through which the payment is made automatically from the bank account of the vehicle owner while passing through a toll booth.

The vehicles with FASTag don’t need to stop at the toll plaza, which saves time, fuel, and money at the same time. This way, the FASTag also ensures there is no congestion at the toll plaza. Also, the digitalization of the process makes the tax collection more transparent than a cash transaction system. While the majority of the toll booths have been made FASTag compliant since the implementation of the new technology, there were hybrid lanes that have been left open for cash transactions as well.

However, with FASTag became mandatory now across the country from 15th February, the hybrid lanes will be converted into fully FASTag compliant. Also, if the vehicle owners don’t place a FASTag sticker on their vehicles, they have to pay double the amount of the toll fee, as the new rule mandates.

The Union Road Transport and Highways Ministry on Sunday announced that all lanes in the toll plazas on the National Highways shall be declared as 'FASTag lane of the fee plaza' with effect from the midnight of 15-16 February. The statement also added, "Any vehicle not fitted with FASTag or vehicles without valid, functional FASTag entering into the FASTag lane of the fee plaza shall pay a fee equivalent to two times of the fee applicable to that category."

The Ministry of Road, Transport, and Highways (MoRTH) also clarified that this move has been taken to further promote digital fee payment, reduce waiting time and fuel consumption, and provide for a seamless passage through the toll plazas. Previously, the ministry had mandated the fitment of FASTag stickers on M and N categories of motor vehicles with effect from 1st January 2021.

How can you buy a FASTag

A FASTag can be purchased in a number of ways. There are several authorized banks that are facilitating the purchase of FASTag. On the other hand, it can also be bought from NHAI centres that have been set up next to many major toll plazas. Moreover, you can also easily buy the FASTag at HTAuto.com.

How to recharge a FASTag

FASTags can be recharged in two ways. If the FASTag is directly linked to a bank, the toll tax amount will be automatically deducted from the user’s bank account. On the other hand, if it’s linked to a mobile payment system, the e-wallet will have to be recharged in advance using transactions like UPI, credit or debit card, or net banking. Also, a minimum balance will have to be maintained in the e-wallet to ensure a smooth FASTag transaction.