No change in fuel prices after four consecutive hikes this week 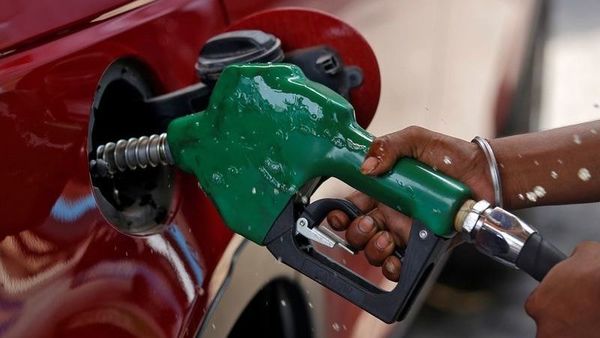 A worker holds a nozzle to pump petrol into a vehicle at a fuel station in Mumbai. (File photo)

There was some respite for consumers as petrol and diesel prices remain unchanged for the first time on Saturday after four days of continuous hikes this week. The prices have remained unchanged after petrol price was increased by 87 paise per litre and diesel by a rupee in the last four days.

The prices again went hiked on 5 May after a second hike. The cost of petrol in the national capital went up to ₹90.74 per litre and the price of diesel stood at ₹81.12 per litre. In Mumbai, the price of petrol per litre stood at ₹97.12 and diesel was at ₹88.19 per litre. Chennai too saw a hike in petrol and diesel prices. It was at ₹92.70 for a litre of petrol and ₹86.09 respectively. While in Kolkata the price was revised to ₹90.92 per litre for petrol and ₹83.98 per litre for diesel. Thursday too saw a hike in the fuel prices making it the third consecutive hike. However, this raise was much high compared to the earlier two days. The oil companies increased petrol price by 25 paise per litre and diesel by 30 paise per litre.