Nissan will supply its EV powertrain technology to McLaren Racing for the entirety of the Formula E Gen3 era.
By : HT Auto Desk
| Updated on: 24 Jun 2022, 08:38 AM 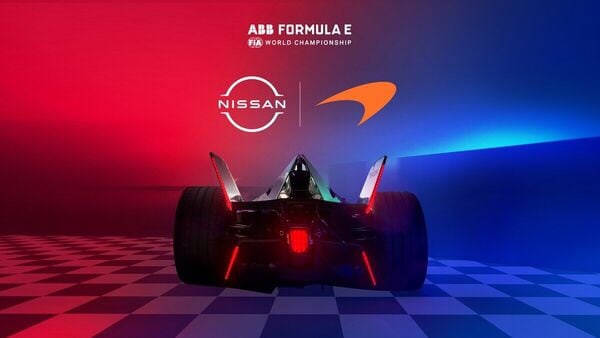 Nissan made its debut in the all-electric racing championship in season 5 of the ABB FIA Formula E World Championship.

Nissan and McLaren Racing announced a multi-year technical partnership in which Nissan will supply its EV powertrain technology to McLaren Racing for the entirety of the Formula E Gen3 era. Despite this collaboration, Nissan will also continue to compete in Formula E with its own factory team. McLaren Racing has already confirmed its participation in the all-electric series sport.

Nissan's chief operating officer Ashwani Gupta shared that this partnership with McLaren Racing is a powerful one as it will lead to knowledge sharing. “The pioneering spirit and drive to innovate are characteristics Nissan and McLaren Racing share, making them an ideal partner for us in Formula E and as we continue to electrify our vehicles," added Gupta. Zak Brown, CEO of McLaren Racing said, “Nissan has proven their knowledge, craft and commitment over the last four seasons in Formula E, and heading into the Gen3 era, we have full confidence that the collaboration will bring both parties much success."

The first Gen1 Formula E racing contest held from 2014 through 2017 had EVs that could generate 268 hp of power. Followed by the Gen 2 series which from 2017, the electric racing cars amped up the power output to 335 hp. Reportedly, the Gen 3 of the Formula E World Championship will see electric vehicles with two motors, one at the front and the other at the back. The front motor will generate an estimated power of 335 hp while the one at the rear end will produce a power of 469 hp.

Nissan made its debut in the all-electric racing championship in season 5 of the ABB FIA Formula E World Championship. It became the first and only Japanese manufacturer to enter the series. In April this year, Nissan announced the acquisition of the e.dams race team, hence taking full ownership of its involvement in the championship.