The UK's Sunderland plant makes models that account for the bulk of Nissan’s European sales, including the Qashqai, Juke and the electric Leaf.
By : Bloomberg
| Updated on: 15 May 2020, 09:49 AM 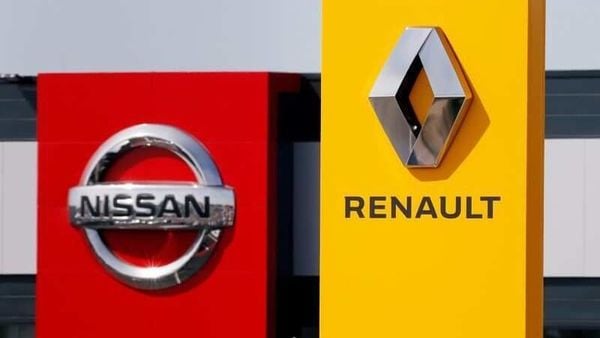 FILE PHOTO: The logos of car manufacturers Renault and Nissan are seen in front of dealerships of the companies in France.

Nissan Motor Co. is considering making two Renault SA SUV models at its under-utilized Sunderland plant in the U.K., according to a person familiar with the matter.

The Captur and Kadjar sport-utility vehicles share platforms with the Japanese carmaker’s Juke and Qashqai vehicles, so the arrangement would make sense, said the person, who asked not to be named because plans haven’t been finalized.

Any shift in European production would be part of broader deliberations between the two companies that are in a decades-old partnership and coordinating their manufacturing strategies, which are set to be unveiled later this month, according to people familiar with the process.

Representatives of Nissan and Renault declined to comment. Nissan is planning to unveil a three-year plan on May 28, while Renault has also promised to map out cost cuts this month. The Financial Times reported the Sunderland plant-related discussions earlier Thursday.

The companies agreed in January along with the third partner in their alliance, Mitsubishi Motors Corp., to work more closely on revamping their businesses in a bid to end managerial paralysis and stem deteriorating profitability. Since then, the coronavirus pandemic has added urgency by halting production for weeks and clobbering demand.

Under the plan for greater cooperation, Nissan will be the so-called reference for China, Renault for Europe and Mitsubishi for Southeast Asia. The French carmaker has pulled back from China, while the talks about European output are ongoing.

The Sunderland site makes models that account for the bulk of Nissan’s European sales, including the Qashqai, Juke and the electric Leaf. In February, Gianluca de Ficchy, chairman of Nissan Europe, warned the company’s Barcelona plant was experiencing a drop in volumes and “is a subject that we are examining." About 600 jobs have already been shed at the site where 2,000 people still work.

The Spanish site makes pickups for Daimler AG, with the German company having announced plans to pull production, as well as its Navara pickups and e-NV200 utilitarian vehicle. Nikkei reported Thursday Nissan would shut Barcelona and shift output to Renault plants.

(Also read: Renault car offers and discounts in May 2020)

Renault also has production sites in Spain, where it makes the Kadjar and Captur models among others, and it already produces Nissan utilitarian vehicles in France.

A move to make more efficient use of their plants would go some way to cut costs. Nissan is planning to trim about 300 billion yen ($2.8 billion) of annual fixed costs and book restructuring charges as the coronavirus pandemic further depresses the carmaker’s sales.

Renault has tapped billions of euros in government-backed loans to weather the health crisis. Acting Chief Executive Officer Clotilde Delbos said in February there would be no taboos in exploring cost reductions.