Home Auto News Nissan May Come Up With $2.8 Billion Plan To Cut Costs

Nissan may come up with $2.8 billion plan to cut costs

Nissan may phase out the Datsun brand, shut down one production line in addition to the recently closed operation in Indonesia, as per a source.The company also plans to reach the reduced spending target this year by cutting marketing, research and other costs.
By : Bloomberg
| Updated on: 13 May 2020, 09:52 AM 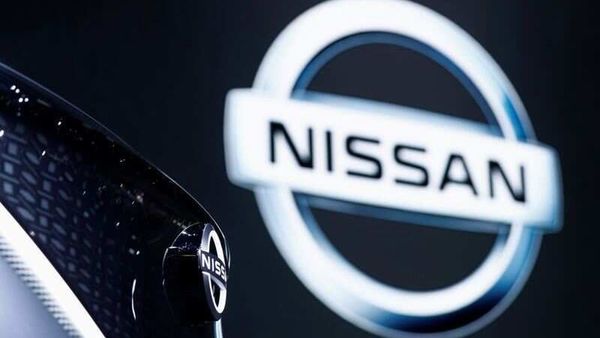 File photo: Nissan is forecasting a 12% decline in sales to 10.2 trillion yen for the just-ended fiscal year.

Nissan Motor Co. is planning to cut about 300 billion yen ($2.8 billion) in annual fixed costs and book restructuring charges as the coronavirus pandemic further depresses the carmaker’s sales, a person with knowledge of the measures said.

Those initiatives are likely part of a three-year plan that will be unveiled along with financial results on May 28, calling for Nissan to take more drastic measures to turn the manufacturer around, said the person, asking not to be identified because the information isn’t public. The Yokohama-based company will phase out the Datsun brand, shut down one production line in addition to the recently closed operation in Indonesia and reach the reduced spending target this year by cutting marketing, research and other costs, the person said.

Nissan has been in turmoil since the November 2018 arrest of former Chairman Carlos Ghosn, with an aging car lineup and management paralysis denting its outlook. The automaker warned last month it expects to post a loss for the latest fiscal year through March, as the pandemic shuttered showrooms in major markets and the economic fallout dented consumer demand for new cars.

(Also read: Nissan to retrench further in new plan to focus on US, Japan, China)

The plans still need to be reviewed by Nissan’s board and may change, people privy to deliberations around the restructuring plan said. The scale of the restructuring charge is still being determined as well, they said.

Although Nissan is forecasting a 12% decline in sales to 10.2 trillion yen for the just-ended fiscal year, the new mid-term plan calls for a return to revenue of 11.5 trillion yen within three years, with fixed costs kept at reduced levels, the person said.

A yet-to-be disclosed production line will be shuttered as part of the changes, bringing the worldwide total to 13. That will put Nissan’s utilization ratio at approximately 80% within three years, the person said, adding that the plan assumes annual output capacity of about 5.4 million cars. Nissan’s utilization rate was about 65% in the just-ended fiscal year, according to data compiled by Bloomberg. Under the prior mid-term plan, Nissan had planned to reduce capacity to around 6.6 million units per year from 7.2 million.

“Nissan will announce a revised midterm plan along with fiscal year 2019 financial results on May 28," said Azusa Momose, a spokeswoman for Nissan. “We do not have any further comments on this subject."

Shares of Nissan have slumped more than 40% this year, out-pacing the declines by Toyota Motor Corp. and Honda Motor Co.

The targets are part of what Nissan’s new executive team, which took over in December, is calling the Operational Performance Plan, replacing measures announced in July. Former co-Chief Operating Officer Jun Seki began work on the plan before he left the automaker. A former contender for the top job, Seki quit after losing out to Makoto Uchida, who flagged deeper cost cuts in March. COO Ashwani Gupta took over and is now the architect of the plan.

Some development functions in specific countries, including India, Vietnam and Thailand, are under consideration for streamlining, the people said. The down-market Datsun brand, aimed at developing economies including India, will be phased out as Nissan focuses on its main markets of the U.S., Japan and China, the person said. As part of the focus on the bigger, wealthier markets, Nissan’s luxury Infiniti brand will be revitalized, according to the person.

Among the three regions, China is a bright spot as its economy sputters back to life after shutting down in the early days of the virus outbreak. Nissan’s sales volume in China climbed 1.1% to 122,846 vehicles in April, helping it claw back some market share, figures showed this week.

For Europe, Nissan will rely on its alliance with Renault SA, with a focus on selling crossover sport-utility vehicles and electric cars. Mitsubishi Motors Corp., the third member of the global automaking alliance, will focus on the markets in Asia where it has a bigger presence.

The alliance was shaken by the arrest of Ghosn, who was also CEO and chairman of the French automaker. The former auto executive escaped trial in Japan at the end of 2019 and made his way to Lebanon. Ghosn denies the charges of financial misconduct and breach of trust against him, and said that Nissan colluded with prosecutors to remove him in order to prevent further integration with Renault, its biggest shareholder.