Nikola Corp. gained its first buy rating after a record rise and quick influx of skeptical short-sellers.
By : Bloomberg
| Updated on: 17 Jun 2020, 07:55 PM 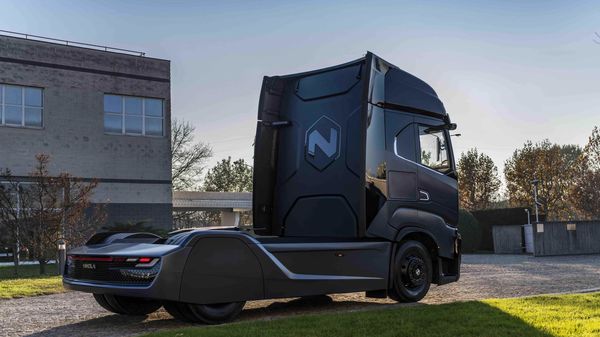 The maker of zero-emission semi-trailers is “more than just a truck company," Cowen analyst Jeffrey Osborne said, touting its future revenue stream, half of which is expected to come from hydrogen fuel. Under Nikola’s unusual business model, fuel should drive about 50% of the $665,000 in sales per truck leased. The rest will come from the truck itself and service, he estimated.

“Nikola is likely to be a controversial stock in the eyes of many investors and onlookers given it is pre-production," Osborne wrote in a note to clients, initiating research coverage with an outperform rating and a $79 price target. That implies 26% upside to Tuesday’s close, but his target is 16% below Nikola’s recent record high of $93.99.

Nikola’s 86% advance since June 4, after a reverse merger, has drawn comparisons with another oft-debated alternative vehicle company. But unlike Tesla Inc., which builds much of its vehicles and parts in-house, Phoenix, Arizona-based Nikola has outsourced work on critical components to established manufacturers, which could lower the risk from the company’s efforts to ramp up production, according to Cowen. With no trucks yet on the market, the company targets its first sales in 2021.

Osborne views the kick off of reservations for its Badger truck, expected at the end of this month, as the next catalyst for the stock. Meanwhile, Nikola founder Trevor Milton has ridden the stock to become one of the country’s newest billionaires, and has been making waves with numerous TV appearances and tweets about the Badger’s debut.

The frenzy for the Environmental, Social & Governance (ESG) stock has also driven up bearish demand. The cost to borrow Nikola shares for short-sellers jumped above 600% earlier this week, according to S3 Partners. Nikola shares rose as much as 4.5% on Wednesday in New York trading.