New Year celebrations: Traffic rules and fines you should know about

Ranging from drunken driving to rash driving, the list includes some of the common traffic violations reported on December 31 every year during New Year's eve celebrations.
By : HT Auto Desk
| Updated on: 29 Dec 2021, 12:03 PM 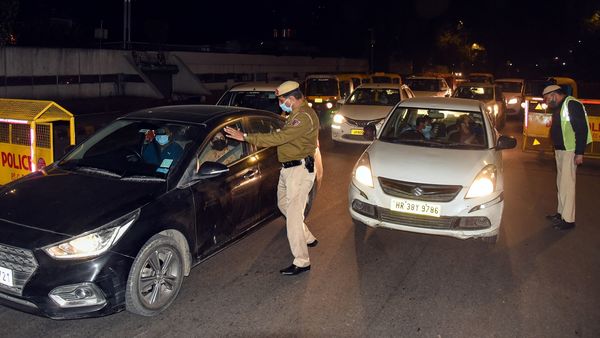 Traffic violations during New Year celebrations can peg you back by as much as ₹15,000 or can land you in jail too. (File photo)

If you are planning to go out on New Year’s eve to usher in 2022, you need to guard against any possible traffic violations that can peg you back by as much as ₹15,000 or can land you in jail too. Cases of drunken driving, dangerous driving and unauthorised parking see a spike on December 31 and January 1 during the New Year festivities.

The New Year celebrations are likely to be muted this time due to the ongoing night curfew amid rising cases of Covid-19 Omicron variant. The situation was not too different last year too. Yet, Delhi Police had issued 26 challans for drunken driving, 174 for dangerous driving and 706 for unauthorised parking besides towing away more than 200 vehicles.

To avoid such scenarios, one needs to be clear about the traffic violations and the corresponding penalties one should be ready to pay. Here is a look at some of these common traffic offences.

Driving under the influence of alcohol is one of the most common traffic offences committed across the country. While police do their bit to make people aware about the danger of drunken driving, several people are penalised or booked for failing to follow this particular rule. According to section 185 of the Motor Vehicles Act, one can be jailed for 6 months or pay ₹10,000 fine if it is the first such offence. However, if one is found to be a repeat offender, the person can be jailed for 2 years and pay a heavy penalty of ₹15,000.

Tempted by empty roads, often people mistake it as a licence to speed up and fall in the trap of overspending. Such violations attract a penalty that can range between ₹1,000 to ₹4,000 depending on the type of vehicle one is driving. It could also lead to seizure of licence.

Violating traffic signals is one of the more common offences committed by drivers on Indian roads. These can also be categorised as dangerous driving if found to be putting other vehicles at risk. Such offences attract a fine of ₹2,000 or 3 months in jail, or both. It also comes with a community service for a certain period of time. For those who are found to be repeat violators, the fine goes up to as much as ₹4,000.

Be careful while taking out your vehicle during these times due to frequent checking by cops on the roads. In most cases, people are asked to share their licences, registration certificates and insurance papers. Leaving home without a copy of these documents can peg you back by as much as ₹12,000. For driving without licence, one needs to pay up ₹5,000 and pay community services, or both. For those driving without an RC will be asked to pay up ₹2,000 or face prison for 3 months, or both, besides community services. For repeat offenders, the penalty increases to ₹4,000. If one is caught driving without valid insurance papers, the person will be penalised with a fine of ₹5,000 for first offence and ₹10,000 for subsequent offences.

Beware if your children are using your vehicle during New Year celebrations. According to the rules, the owner of the vehicle will be held guilty for the offence committed by a minor. In such a case, the owner can be imprisoned for 3 years and have to pay a fine of ₹25,000. Along with this, the minor will be prosecuted and the registration of the vehicle will be cancelled.