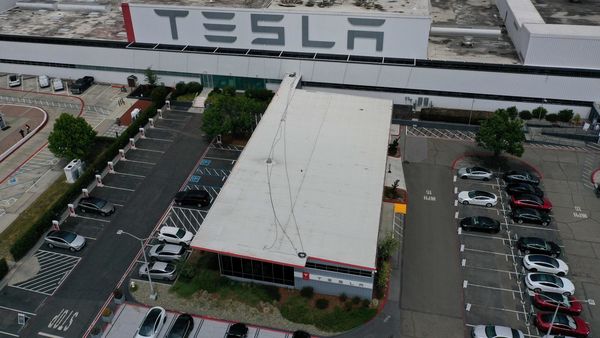 Panasonic recently lost its status as Tesla's exclusive battery supplier but has been able to turn around the US joint battery business as demand for Tesla's electric cars soars.

Panasonic Corp.’s new President and Chief Executive Officer Yuki Kusumi is embarking on a two-year mission: churn out more batteries for Tesla Inc. and shake-free billions of dollars to invest in new areas of growth by making the company more efficient.

He won’t be doing that from the second-floor office used by the company’s founder, a room overlooking a fountain and manicured lawn dotted with statues at Panasonic’s Osaka headquarters. The 56-year-old, who rose through the engineering ranks, is shunning the space to work alongside staff.

Kusumi, who formally takes the helm of the 103-year-old Japanese company on Thursday, says he’s focused on improving efficiencies from the manufacturing floor up. That type of work can’t be done locked away in the president’s office, he said in an interview earlier this month. “Those are the type of things I’m out to change."

Some 20 years ago, Panasonic was topping global consumer electronics sales, with a hand in everything from televisions to digital cameras and mobile phones. In the years since, it’s faced tightening margins and rising competition from rivals in South Korea and China. What’s now critical to Panasonic’s future growth is its relationship with the world’s biggest maker of electric cars and ability to claim a share of the global market for EV batteries that’s projected to reach $35.4 billion in 2023.

Panasonic’s change of guard follows a decade of unparalleled shifts for the company, which operated for most of its time as Matsushita Electric Industrial Co. before changing its name. Kazuhiro Tsuga, Panasonic’s previous chief executive, spent close to nine years shedding struggling businesses, such as plasma TVs, and ultimately handed to Kusumi a leaner company no longer bleeding red ink. Now, it’s Kusumi’s job to steer Panasonic onto a path of growth.

The immediate plan is to spend two years “specializing and sharpening" Panasonic’s remaining businesses. As it transitions to a holding company, each business will be expected to operate more quickly and independently.

Better efficiency in operations such as manufacturing will increase Panasonic’s ability to generate cash, in turn freeing up hundreds of billions of yen to direct toward new initiatives, including mergers and acquisitions. “I don’t think it’ll take two years, but we’re pushing to reach that state," Kusumi said.

Many of the struggles that Panasonic encountered supplying batteries to Tesla in the past stemmed from insufficient productivity, according to the new CEO. The high-flying automaker’s oldest battery supplier in 2014 committed to invest in the multibillion-dollar battery factory the two jointly operate in Nevada. The years since have been contentious at points, with Panasonic facing frequent — and at times public — prods from Tesla CEO Elon Musk to boost battery production.

The automotive business, which made up about a fifth of Panasonic’s 6.7 trillion yen ($61 billion) in revenue for the fiscal year through March, faced a long stretch of operating losses before turning profitable. Kusumi remembers working under “intense pressure" from customers.

“It doesn’t matter how much you want to grow sales or increase profit if you don’t have the capacity to do so," he said. Going forward, the company will focus on raising plant operation rates as much as possible while automating processes and keeping facility costs low. “Within our new structure we’re going to polish this ability and if you stay tuned we’ll invest again in building supply capacity," Kusumi said.

Panasonic is working to set up a prototype production line to test 4680 batteries — a next-generation lithium-ion cell touted as the key to unlocking cheaper and more ubiquitous EVs. If Panasonic looks to be capable of churning out better-performing cells more efficiently than rivals, it will make a “large investment" in their production, according to Kusumi. Panasonic will seek to supply them to Tesla, as well as other automakers.

Kusumi’s focus on efficiency has roots both inside and out of Panasonic. The new CEO said he was particularly influenced by Toyota Motor Corp. in the years leading up to the launch of a joint battery venture with the automaker last year. Toyota’s manufacturing concepts — known as the Toyota Production System, or TPS — focus on perpetually improving efficiency and have been widely emulated by others in the auto industry.“There are few companies in which operational strength is, itself, a strategy," Kusumi said. The efficiency of Toyota’s sites ties in closely to its profitability and cash generation and in that regard “I saw we’re not doing everything that we should," he said.

The drive to streamline site operations is one of the reasons Panasonic’s leadership decided to spend more than $7 billion to acquire artificial intelligence software developer Blue Yonder earlier this year. With the Arizona-based company’s software and its own sensor technologies, Panasonic can analyze site operations for inefficiencies, such as when workers are being left idle between tasks, according to Kusumi.

“These kinds of digital solutions accelerate the speed at which we can eliminate bottlenecks from sites one by one," Kusumi said. The idea is to utilize Blue Yonder software widely within Panasonic’s business divisions and wrap it together with internal technologies to offer as a solution to customers.

Kusumi also often alludes to the management philosophies of Konosuke Matsushita, the founder of the business he now helms. In the 1930s, Matsushita famously expanded the company’s share of the market for radios by cutting production costs by half. “Now is the time to again spread this idea within all of our business operations," Kusumi said.