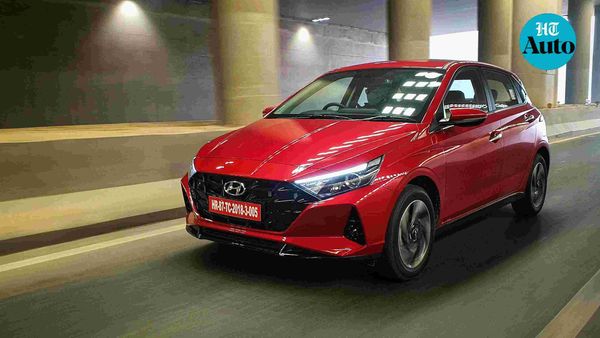 Hyundai i20 2020 was launched on November 4 at a starting price of ₹6.79 lakh. (HT Photo/Sabyasachi Dasgupta)

In November last year, Hyundai had sold 44,600 vehicles. According to Hyundai India, this was the highest ever November month domestic sales and exports it achieved driven by festive season demand.

However, the overall sales including exports was down for Hyundai in November. Hyundai witnessed a decline of 2.1% in November 2020 to 60,500 units as compared to 59,200 units in the same month a year ago.

In the previous month, Hyundai had registered its best October ever as the new Creta SUV continued to reign supreme. In terms of domestic sales it had clocked 56,605 units and an additional export figure of 12,230 units. The cumulative sales of 68,835 units last month has broken the October record of 2018 when the company had sold 52,001 units.

Commenting on the strong November sales performance, Tarun Garg, Director (Sales, Marketing & Service) at Hyundai India said, “Building on the strong sales momentum that was driven by festive demand this year, Hyundai Motor India continues to build high customer excitement through a line-up of technologically advanced and futuristic products such as the all-new i20, Creta, Verna, Venue, Aura and Grand i10 Nios."

A bulk of the credit for Hyundai's growth could be directed towards how the Creta 2020 has been faring. Launched earlier this year, the compact SUV has managed to once again take the fight to its rivals like Seltos from Kia Motors and raced to the lead position. In November though, the recently introduced all-new i20 has also helped carry forward the festive momentum even in the post-Diwali period.

Hyundai i20 2020 was the final launch of the calendar year from the Korean carmaker. It was launched on November 4, 2020, at a starting price of ₹6.79 lakh (ex showroom, introductory). The introduction of the new model means end of the 'Elite i20' era which has been a fairly popular model in the Indian market.