Aston Martin says Valkyrie AMR Pro has been designed to complete a lap of 24 Hours Le Mans circuit in just three minutes and 20 seconds.All-new Valkyrie AMR Pro will get a left-hand drive setup and only 40 units of this car including its two prototypes will be manufactured.
By : HT Auto Desk
| Updated on: 28 Jun 2021, 01:16 PM 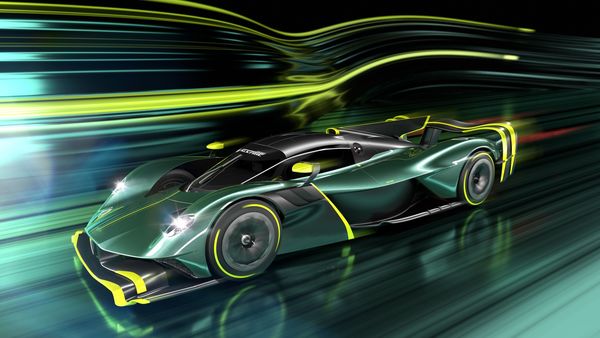 The much-anticipated new Aston Martin Valkyrie AMR Pro has been revealed. It is being deemed as a radical evolution of the Valkyrie Le Mans racer concept. The British luxury sports carmaker says the new Valkyrie AMR Pro benefits from the Le Mans project's pure, race optimised chassis, aerodynamic and powertrain developments. It has been designed in such a way that makes it able to complete a lap of 24 Hours Le Mans circuit in three minutes and 20 seconds.

The car has a chassis that is 380mm longer in wheelbase and 96mm wider in track at the front and 115mm at the rear. Its aerodynamic design adds 266mm in length. With masterful underbody design and over-wing airflow, the car is capable of generating significant levels of downforce. The automaker adds that compared to the Valkyrie road car, the Valkyrie AMR Pro can achieve lateral acceleration of more than 3G.

The 6.5-litre V12 engine can produce 1,000 bhp of power with 11,000rpm. It has also taken serious weight-saving steps like deletion of the battery-electric hybrid system, ultra-lightweight carbon fibre bodywork, carbon suspension wishbones and Perspex windscreen and side windows. Aston Martin says combining these with an efficient aerodynamic design, the Valkyrie AMR Pro promises track performance approaching that of a Formula 1 car. 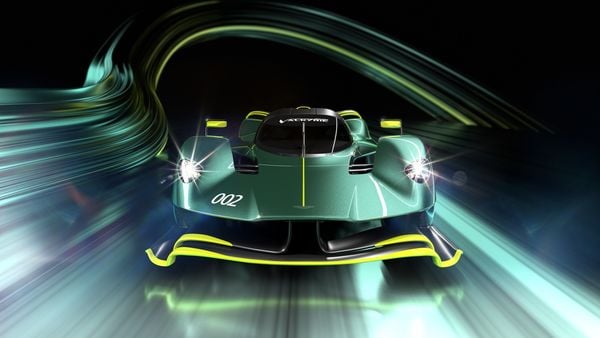 The company says that more details on the car's performance and specification will be released later this year. (Aston Martin)

Aston Martin Chief Executive Officer Tobias Moers stresses that the Valkyrie programme is nothing but an adventure in engineering. “Valkyrie AMR Pro is a project beyond compare, a true ‘no rules’ track-only version. The Valkyrie AMR Pro is testament to Aston Martin’s commitment to pure performance and this performance DNA will be evident in our future product portfolio," he adds.

The company says that more details on the car's performance and specification will be released later this year. All Valkyrie AMR Pro units will have the left-hand drive set up and only 40 units of this car including its two prototypes will be manufactured. The first deliveries are scheduled to start in the last quarter of 2021.