Naked bikes race back to basics

Demand for'Naked bikes' is one of the current standout trends in motorcycling. Across Europe, ‘Nakeds' are among the top-selling models in every country and their popularity is growing, particularly at the premium end of the market.
By : AFP
| Updated on: 06 Oct 2014, 11:09 AM

Demand for 'Naked bikes' is one of the current standout trends in motorcycling. Across Europe, 'Nakeds' are among the top-selling models in every country and their popularity is growing, particularly at the premium end of the market.

Part of the reason that they are proving so popular is that they represent a back-to-basics style and stir nostalgic urges in those riders returning to a saddle that they dismounted back in their youth when for practical reasons two wheels gave way to four.

As Jamie Whitham, Visor Down's chief road tester puts it 'The purity of Naked bikes reminds you of why you started riding. Stripped down to the essentials, with more upright ergonomics, nakeds can be the ideal commuter, back road hack, track day weapon or holiday tourer.'

New Naked bikes are expected to be high on the list of new models at this year's Intermot, which gets underway on October 1 in Cologne, Germany.

Piaggio has already outed the Moto Guzzi V7II, which will be making its debut in Germany at the show. It is more of a retro-styled stripped-back bike but one with a close ratio gearbox, repositioned engine to improve knee room for bigger riders plus ABS brakes, a better clutch and a choice of styles including a solo seat racer option.

Joining it will be the new BMW R1200R, one of three new bike the company will be launching at the event. There are no official images of the new bike but it's expected to be an evolution of the current model. 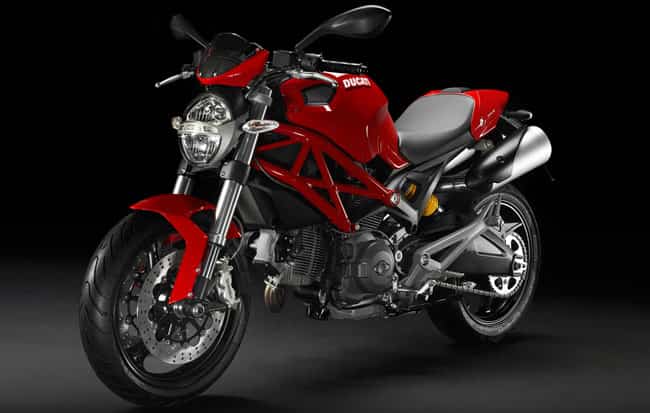 The Monster was the first 'Naked' bike. Photo:AFP

It will line up alongside the recently launched Erik Buell Racing (EBR) 1190SX that is a real 'streetfighting' Naked in that it takes its styling and performance cues from the European definition of what a Naked bike is.

The origins of the Naked are disputed -- Europeans claim the naked was born of necessity. Riders who wrote off their sportsbikes in accidents would strip them back to their bare metal and replace the handlebars because they couldn't afford to get the fairing fixed. The bike's wounds and dents would be exposed, almost celebrated, proving it to be a 'streetfighter'. However, the Japanese claim that the Naked bike was born in Japan as a riders' protest against the increasingly homogenized styling of sportsbikes from Kawasaki, Yamaha, and Honda. It was Japanese riders' 'chopper' moment. They stripped their bikes of their fairing to make their machines look different and original again.

The first motorbike truly marketed as 'Naked' was the Ducati Monster. It offered the top-end thrills of a sportsbike but without the arm ache and with a gearbox that made it capable of holding its own around town and in traffic, rather than just on the track.

And so now, when a bike is described as naked, it in some way extols the qualities and excitement that Ducati captured in the original Monster which got its last significant upgrade last year.

And despite its pedigree in this area, Ducati is tipped to be launching a scrambler and a sports-focused Adventure bike at the event.