Visuals and viral videos show vehicles almost getting washed away in the strong currents of the floodwater in the Mysuru-Bengaluru highway.
By : HT Auto Desk
| Updated on: 29 Aug 2022, 17:00 PM

Heavy rains have lashed the Bengaluru-Mysuru highway near Ramanagara, causing traffic disruptions and has lead to the turning of the highway into a river. Due to heavy downpour since last few days, parts of the newly-constructed Bengaluru-Mysuru highway stretch in Ramanagara has become flooded with water while various visuals surfacing on the internet show submerged or floating cars and buses.

Visuals and viral videos also show vehicles almost getting washed away in the strong currents of the floodwater. In order to help commuters not get stuck in the flooded stretch, the Ramanagara police have issued an advisory asking them to avoid the Bengaluru-Mysuru highway, and instead reach Mysuru from Bengaluru by taking the Kanakapura or Kunigal routes. 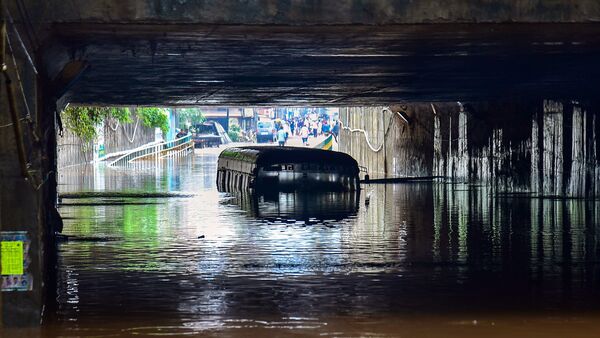 This lead to traffic diversion, resulting to slow-moving vehicles, leading to really long traffic jams on the highway. As per a report, a state transport bus was left stranded in the region after it tried to get through a flooded underpass. Rainwater entered parked vehicles as well as moving vehicles, upon which some people even abandoned their vehicles and escaped the site.

As per the weather forecast by the India Meteorological Department (IMD), Bengaluru is expected to have cloudy skies with light to moderate rainfall in the coming days. As per the Bengaluru meteorological centre, thunderstorms with lightning and light to moderate rainfall is expected in Bengaluru, Ramanagara, Mysuru, Mandya, Kolar, Tumkur, Chamarajanagar and Hassan regions of south Karnataka on Monday.

In a separate incident, a Maruti Swift skidded off the Chhindwara-Nagpur Highway and then toppled into a field due to slippery road as heavy rain showers hit many parts of the country, causing major inconvenience to people at large. Madhya Pradesh too, has been receiving heavy rainfall for the last few days.