Elon Musk shows no signs of changing his ways as U.S. President Joe Biden takes office and bolsters the regulatory agencies defanged by his predecessor.The potential for more conflict is building as Biden works to confirm his cabinet secretaries and reinvigorate agencies following the Trump era.
By : Bloomberg
| Updated on: 03 Feb 2021, 12:18 PM 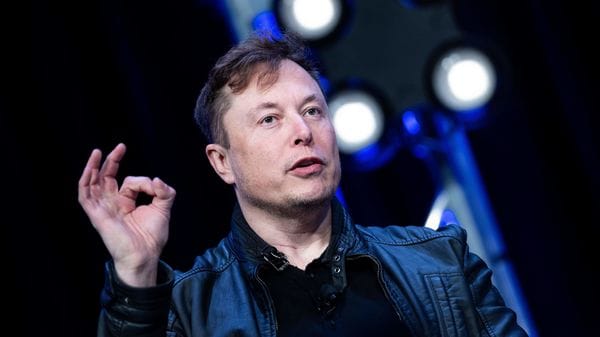 Elon Musk has a long history of run-ins with the local, state and federal officials who oversee his growing empires at Tesla and SpaceX.

Elon Musk has a long history of run-ins with the local, state and federal officials who oversee his growing empires at Tesla Inc. and SpaceX. The world’s richest person shows no signs of changing his ways as U.S. President Joe Biden takes office and bolsters the regulatory agencies defanged by his predecessor.

In the past week alone, Musk has tangled with the Federal Aviation Administration over a December rocket test flight that ended in flames and begrudgingly agreed to recall some Tesla cars at highway-safety officials’ urging. And while he announced Tuesday he was taking a break from Twitter -- the platform that previously got him fined by the Securities and Exchange Commission -- Musk had already used his favorite social-media megaphone in the preceding days to roil stocks of companies from Etsy Inc. to Shopify Inc. during a retail-trading frenzy.

The potential for more conflict is building as Biden works to confirm his cabinet secretaries and reinvigorate agencies following the Donald Trump era. Democratic administrations have historically been tougher on industry regulation, and Musk’s empire intersects with government oversight of automobiles, spaceflight, energy, telecommunications and medical equipment.

In a series of comments on Tuesday, the FAA said that Musk’s Space Exploration Technologies Corp. had ignored the agency back on Dec. 9 to go ahead with a test launch of its massive Starship rocket -- a test that ended in a blazing fireball when the prototype malfunctioned on landing. The FAA said it had turned down SpaceX ’s request to exceed the maximum public risk for that launch, and after the explosion had suspended testing at the site until a company-led investigation was complete and its regulators approved SpaceX’s corrective actions.

The FAA’s comments added some clarity to the dispute that led to an angry tweet from Musk on Jan. 28 in which he accused the agency of having a “fundamentally broken regulatory structure." His ire against the FAA was triggered after another SpaceX test flight was delayed.

Without giving much detail, the FAA in a Tuesday morning email said that SpaceX was now in compliance and could proceed with another test. Within hours, the unmanned Starship SN-9 lifted off from SpaceX’s seaside launch pad at 2:25 p.m. Tuesday in Boca Chica, Texas, flew to an altitude of about 10 kilometers (6.2 miles) -- and exploded as it attempted to land, like the earlier rocket.

Later in the day, the agency said it will lead the investigation into the latest “landing mishap" and look for other ways to enhance safety.

Meanwhile, Tesla has been engaged in a long back and forth with the National Highway Traffic Safety Administration over the failure of touch screens in some of its Model S and Model X vehicles. Last month, NHTSA sent a letter to Tesla saying it had determined the failures constituted a defect. Tesla responded that it “respectfully disagrees" with the finding but will voluntarily initiate a recall. Impacted Tesla customers received emails that said they will be notified “when the parts become available."

“Tesla makes it very clear that they don’t think this is necessary, but they are doing this to make the issue go away," said Frank Borris, a former head of the agency’s Office of Defects Investigation who now runs a safety consulting business, in a phone interview Tuesday. “If NHTSA had not written the recall request letter, Tesla would not have done this."

His companies are growing: Tesla is building two new factories in Berlin and in Austin, Texas, while SpaceX -- which has contracts with the Air Force and NASA -- is rolling out Starlink, its high speed Internet service, to rural and remote customers across the U.S., Canada and the U.K. There’s also the Boring Co., his tunnel-construction business, and Neuralink, which is testing its brain machine interface device on monkeys and pigs and hopes to begin human trials this year.

Musk’s frustration with regulators is legendary.

He once hung up during a testy call with the head of the National Transportation Safety Board over Tesla’s Autopilot driver-assistance system; the NTSB was irked in part by the company’s public comments about a crash probe. Tesla has aggressively pushed out Autopilot -- including what it calls a Full Self-Driving upgrade -- much to the consternation of some safety advocates, even as driverless tech rivals like Google parent Alphabet Inc.’s Waymo unit in recent weeks have taken pains to be more transparent and circumspect with their claims.

When public health officials in California’s Alameda County ordered Tesla to close its factory last spring, Musk railed against the shut down orders as “fascist" on the company’s earnings call. And despite settling with the SEC over his failed go-private bid in 2018, Musk has continued to taunt the agency, referring to them as the “Shortseller Enrichment Commission."

The settlement stripped Musk of the chairmanship of Tesla’s board for three years, meaning he could potentially resume the role this fall -- just as the Biden administration is re-establishing the government’s role in oversight.