Home Auto News Move Aside Drones, The Next Extreme Cameras Could Be Mounted On Go Anywhere Cars

Move aside drones, the next extreme cameras could be mounted on go-anywhere cars

Four-wheeled vehicles with integrated action cameras may be remote-controlled and could provide an alternative to drones and hand-held cams.
By : HT Auto Desk
| Updated on: 26 Dec 2019, 10:04 AM 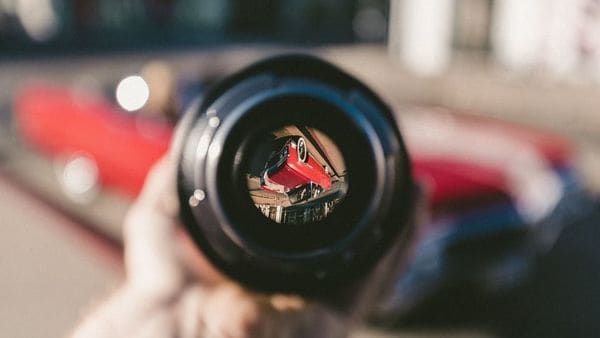 Recent years have seen a spurt in the popularity and sales of action cameras of various shapes, sizes and capabilities. Whether it is hand held or mounted on drones capable of providing a bird's eye view of spectacular vistas, capturing dramatic footage has never been this easy and definitely never been with options of being endlessly creative. The next big move in this space could well be action cameras on four-wheeled remote-controlled cars that promise to bring you up close and personal with the subject.

According to reports, Chinese company DJI is focusing big time on having a remote-controlled car with an integrated on-board action camera that could possibly deliver everything that a drone camera already does - but from the ground level. And while having a camera on board a four-wheeled vehicle may not seem too unique, the speculated innovation from DJI - a pioneer in drone and hand-held camera devices, could be quite a standout. This is thanks to reported plans of the vehicle being a fully-equipped studio that could shoot from anywhere and from any angle. Its four wheels may be capable of turning 360 degrees, helping it manoeuvre over any terrain and under any weather conditions.

Much like its drones and hand-held cameras, DJI's four-wheeled action camera will make use of electronic stabilization technology for shudder free and smooth video capturing.

Why this is exciting news for avid filmographers and automotive enthusiasts is that while drones usually come with a long list of pre-shoot permission requisites it needs to meet, hand-held cameras may not give a larger than life, go-anywhere footage. The 'camera car' would be able to combine the strengths of both while also cutting down on the permission requisites.