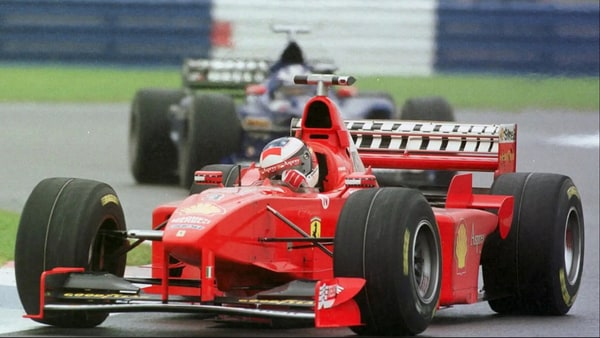 Ferrari F300 F1 racing car, which has been the most successful Formula 1 racing car for the Italian auto giant, will be put on auction by the Sotheby's. The Ferrari F1 car was driven by former world champion Michael Schumacher during the 1998 F1 championship. Schumacher won four consecutive races driving the F300 with chassis number 187 during that season. According to estimates, the auction to be held at Monterey next month, could fetch up to $8 million, roughly converted to ₹64 crore.

Michael Schumacher had failed to win the championship title in 1998 despite not losing any race that season while behind the wheels of this Ferrari F300 model. He lost the title race to one of his arch rivals Mika Hakkinen, who represented the McLaren-Mercedes team. Schumacher won the Canadian, French, British and Italian Grand Prix spanning over 12 weeks between June and September that season.

A year later, vendor from the Scuderia Ferrari team, the F1 wing of the Italian auto giant, bought the car and kept it in mint condition. The car is powered by a 3.0-litre V-10 engine. It used to generate 800 horsepower and could roar event at 17,500 rpm. Though Schumacher lost the 1998 championship, many believe the Ferrari F300 formed the base on which the carmaker dominated the Formula One circuit in coming year. Schumacher won the championship for five consecutive years between 2000 and 2004. It has been one of the most successful run for the Italian giant on the F1 track in recent years.

Schumacher's first win among the four victories driving this Ferrari F300 took place in Montreal at the Canadian Grand Prix. Schumacher set the fastest lap, leading others by 16 seconds. Schumacher and the Ferrari F300 continued their winning combination at Magny-Cours and Silverstone in the next two races. With these three consecutive victories, Scuderia Ferrari saw the icing on the cake when Schumacher took the chequered flag at Ferrari's home base in the fourth race.