Mercedes-Benz C-class review: A facelift has made it a more modern car now

The new Mercedes Benz C-class comes with all-new engines and a few tech upgrades to give it the edge in its segment. If you were already considering a C-class, the deal has only gotten sweeter now, with a host of engines and body styles to suit several buyers and budgets.
By : Autocar
| Updated on: 01 Jul 2018, 09:39 AM 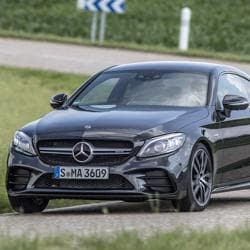 The exterior of the 2018 Mercedes Benz C class is largely the same, with only minor changes to the grilles, bumpers and wheels to report.

The C-class has been around for four years now and its rivals have taken the game forward, particularly in the technology and infotainment departments. However, the C's classic design and solid luxury values have kept it desirable. An update, however, is rarely a bad thing, and that's what we will be getting, in India, in October 2018. We got the chance to test the updated C-class in Luxembourg and Germany, and there's quite a lot to report.

However, the looks don't account for much of what's new. The exterior is largely the same, with only minor changes to the grilles, bumpers and wheels to report. There are new configurations for the full-LED headlamps, however, the more basic setup offering two rows of LED units one atop the other, and the more advanced 'Multi-Beam' setup using a large projector unit that can shoot its light beam 650 metres down the road. Nice! There's also a new LED pattern in the tail-lamps and the AMG C 43 models now get round tailpipes as a differentiator. 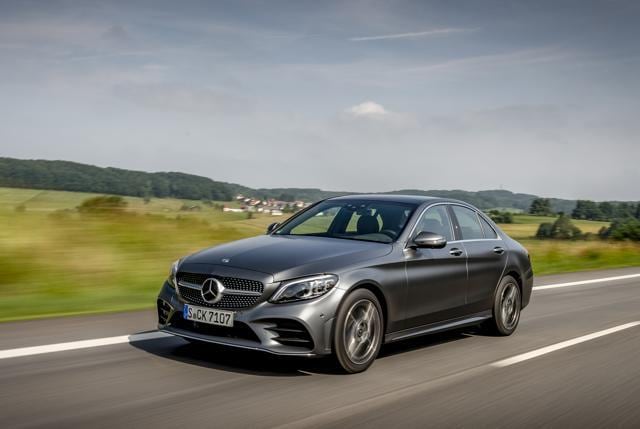 Inside, the big change is to the screens. You now get an optional 10.25in central screen for the COMAND infotainment and a 12.3in screen replacing the analogue dials - both options we hope Mercedes ticks for India. The steering wheels are the same as in the S-class - a more elegant one for the standard car and a sportier flat-bottomed one for AMG models - and both now feature more controls, including the dual touch-pad interface for the infotainment. Other than that, it's worth noting that Mercedes, listening to feedback on the existing car, has introduced more matte wood (rather than glossy) trim options and darker leather colours, which we hope makes it to India to replace the somewhat-passé black and beige.

The new C 300d makes the same 500Nm of torque as the C 250d, but power is up from 204hp to a solid 245hp! Do you feel the 41hp bump immediately? Not quite, because the 250d was a strong engine to begin with, and because the 9G-Tronic automatic gearbox did (and still does) such a stellar job of delivering the power. But yes, it is evident that you always have a strong reserve of power at your disposal, and this is particularly felt when you're overtaking at high speeds. It's also more refined than the old 2.1-litre unit, but there's still quite a boomy noise when you open it up a bit. The gearbox, too, is seamless for the most part, but can fumble slightly when kicking down hard for sudden acceleration. 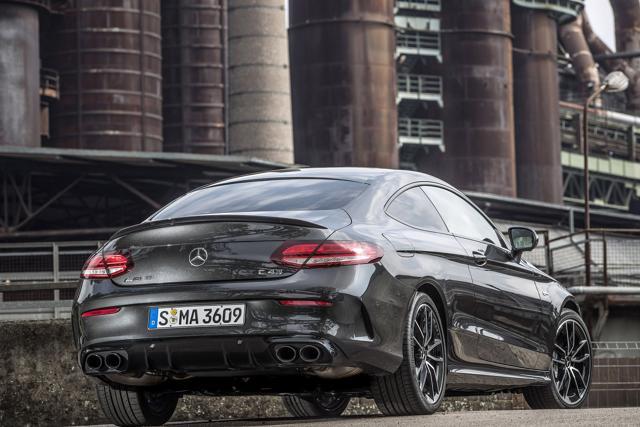 The big caveat when it came to evaluating ride and handling (other than Europe's fantastically smooth roads, of course) was that our C 300d sedan test car had air suspension and AWD - neither of which will be available on the Indian version. The ride quality, as a result, was nice and cushy, and we'll have to wait and see how they calibrate the passive steel springs when the car comes to India; the current car, for instance, is set up a bit too firm for our market. Secondly, because of the AWD and the air suspension, the steering felt nowhere near as sharp or connected as the one we have in India, but instead felt a bit slow and soft.

We also drove the AMG C 43, but interestingly, we drove it in the Coupe body style, as Mercedes is likely to bring this version to our market as well. As before, it gets 4Matic AWD, but now it has a 23hp power bump too. This car feels the same as before, although - and this may be because driving through a German forest is like driving through an echo chamber - it seems even louder this time. It still feels a bit heavier and more tied down than the standard cars, and all the settings on the adaptive dampers feel a touch firmer too.

The last piece of the experience is the suite of Level 2 Autonomous or self-driving tech that debuted in India on the facelifted S-class, which worked well in the C-class on our test drive. But Mercedes says, save for a few small sub-features, this won't be coming to India, simply as it would upset the model hierarchy - the E-class doesn't get it, so the C cannot. Certainly, if you were already considering a C-class, the deal has only gotten sweeter now, but that's the case with most updates, isn't it? Moreover, it just feels like a more modern car this time around. Some interesting questions do arise though. Will the Indian market take to a downsized 1.5-litre motor? Will Mercedes bite the bullet and spec the car to the max with the high-resolution screens (a bugbear of the current car is its small and dated infotainment unit)? Will they get the suspension for India right this time? Will India accept a coupe body style, even if only for the high-end AMG variant? These are all questions that will be answered in October, but they're also a good sign, because that means the segment has evolved, and you can be sure Mercedes has been listening to feedback and will evolve with it. What is in no doubt, though, is that this one model range has so much diversity to offer. With a host of engines and body styles to suit several buyers and budgets, the facelifted C-class will certainly have something for everyone.