Lucid Air Sapphire promises the same amount of luxury as the standard Lucid Air but with added performance. It is a direct rival to the Tesla Model S Plaid.
By : HT Auto Desk
| Updated on: 23 Aug 2022, 17:20 PM

Lucid Air Sapphire is the high performance version of the Lucid Air which is a luxury electric sedan.

The Air Sapphire will come with a three-electric motor setup. Two of them will be positioned on the rear axle while a single motor will power the front axle. The motors have been developed and manufactured by Lucid only. The total power output of the Air Sapphire is rated at around 1,200 hp which makes it the most powerful sedan in the world. When compared, the standard Lucid Air produces 1,050 hp. 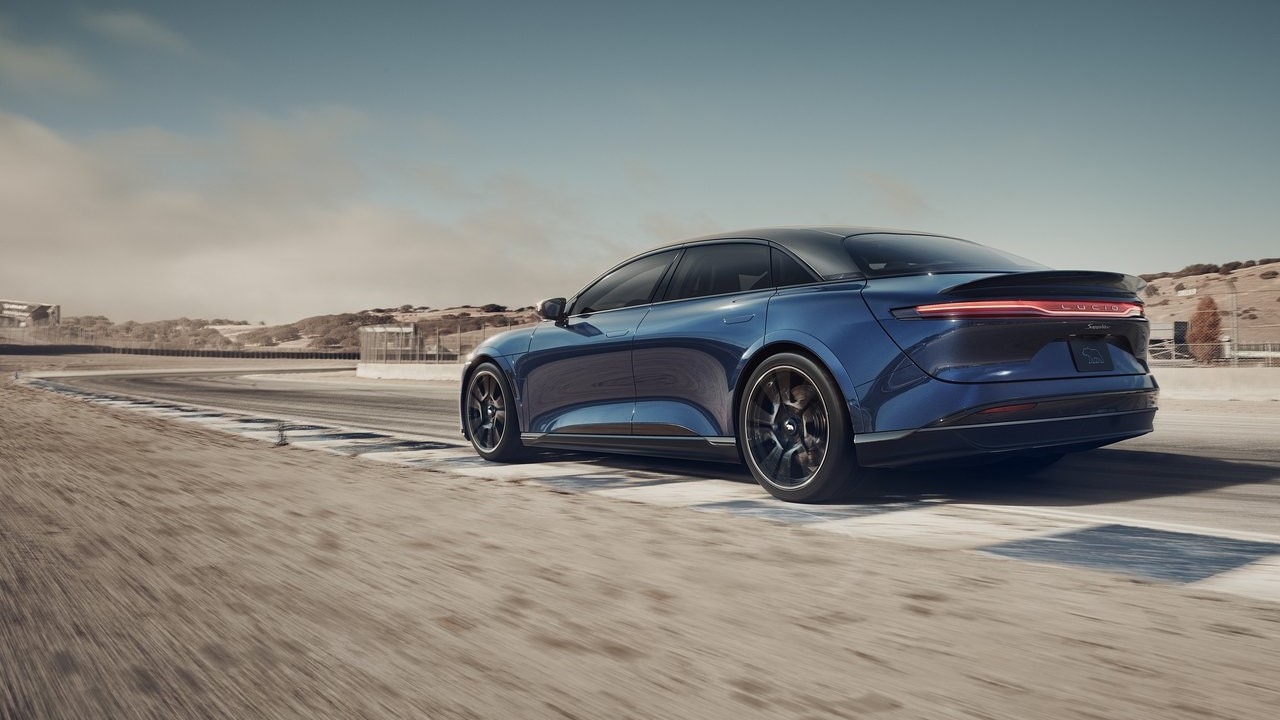 Lucid Air Sapphire will do 100 kmph in under 2 seconds.

Despite producing, 150 hp more, there have been no compromises in terms of rear legroom, a voluminous trunk and frunk and driving efficiency. The battery pack has been upgraded with a higher power and more precise thermal logic. The rear electric motors get new heat exchanger technology and the flow of coolant has also been increased.

Lucid claims that the Air Sapphire can hit 100 kmph in less than 2 seconds, 160 kmph in less than 4 seconds and will do a standing quarter mile in under 9 seconds. Lucid says that these figures are achievable without the extra cost of equipment upgrades or pre-conditioning routines. These figures are quite close to the Tesla Model S Plaid which is now a direct rival to the Air Sapphire.

With such acceleration, the Air Sapphire does come with additional braking power. It gets carbon ceramic disc brakes that come as standard which reduces brake fade. The front and rear springs have also been stiffened in the favour of handling. The ABS, traction control, stability control and the electronic steering wheel have also been recalibrated.