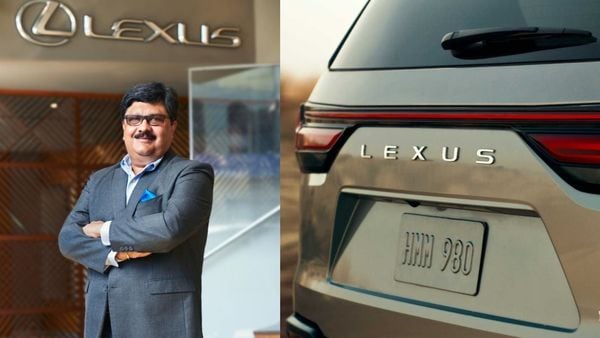 Japanese car maker Toyota's luxury car arm, Lexus, on Tuesday announced the appointment of auto industry veteran Naveen Soni as the President of Lexus India with effect from January 1. Soni succeeds P B Venugopal, who will be moving to a new leadership role at Toyota Kirloskar Motor (TKM), India.

Mazakasu Yoshimura continues as the Chairman of Lexus India, the company said in a release.

Soni, who was associated with Toyota Kirloskar Motors prior to taking up the new position, comes at the helm at a time when the company is looking to expand its business in the domestic market with new products and services, while continuing to focus on increasing the footprints of electrified vehicles in India, it said.

"I sincerely thank my predecessors for growing the Lexus brand in India to its current level. I am delighted to join the team and take the brand forward in its vision of crafting a better tomorrow.

"I believe that it is going to be an exciting journey in the dynamic and vibrant Indian luxury market, where luxury consumers are evolving to strongly adopt the concept of responsible luxury. This is where we see an opportunity for Lexus India to expand its operations through its portfolio of self-charging hybrid electric vehicles," said Soni.

Soni has over 29 years of experience in the industry, including over two decades association with TKM, across areas covering business development, marketing, sales, PR and CSR, as per the release.

Soni has also held the position of co-chair of the environment and sustainability panel of CII Karnataka, chairperson of the CSR Panel of SIAM as well as President of SAFE (Society for Automotive Fitness & Environment) Council of SIAM, among others, the release said.