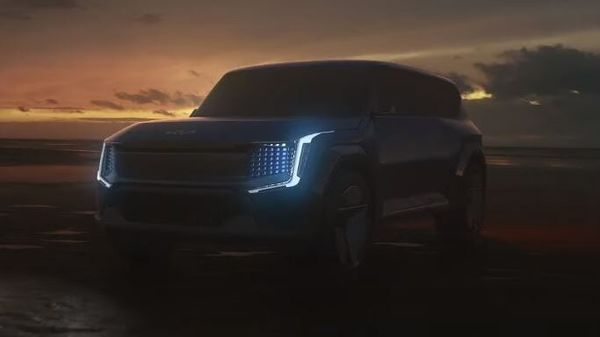 Kia Corporation on Thursday spelt out its plans to achieve carbon neutrality by the year 2045 in order to become more sustainable than it is today. With an aim to reduce its carbon emissions by 97% from 2019 levels, Kia claims it will do so by implementing additional measures to fully offset its remaining carbon emissions.

At the core of the proposed plan is to quicken to transition from conventional vehicles to electric vehicles. As part of its Plan S strategy, Kia aims to fully electrify its vehicle line-up in Europe by 2035. From 2040, Kia’s line-up in key markets around the globe will also exclusively consist of electrified models. The company already has its EV6 faring well in select markets and is betting big on subsequent products - like the EV9 which has already been previewed ahead of its unveil at LA Auto Show on November 17 - to help it achieve its green ambitions.

The Koreans further claim that suppliers are also being taken on board to reduce carbon emissions from the parts supply stage. “A key element to this plan is the use of ‘green steel’, as the steel industry has traditionally been one of the biggest global carbon emitters," a press statement from the company reads. Green steel refers to steel produced in an eco-friendly process where the use of fossil fuel is minimized.

Additionally, steps like initiating a ‘Blue Carbon’ project, working with ‘The Ocean Cleanup’ non-profit organization, reducing or eliminating use of leather in cabin and other steps have been highlighted as steps by Kia to achieve a sustainable path forward. "For us, it is not only about setting goals and reaching targets. It is about setting a vision that will inspire others to join the movement to benefit humanity and protect the environment," said Hosung Song, President and CEO of Kia. “In line with our vision of becoming a sustainable mobility solutions provider, we commit to achieving carbon neutrality by 2045."