Kia Seltos emerged as the winner in the compact SUV segment for the second time.The other winners were Carival, Sorento, K5 and Picanto.
By : HT Auto Desk
| Updated on: 14 Jun 2021, 11:54 AM 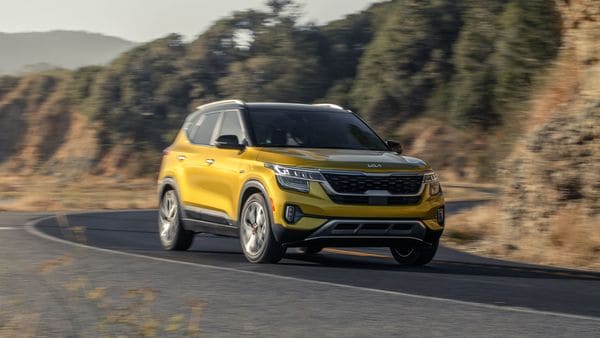 Kia Seltos is among the popular models offered by the company in the Russian market.

Kia has managed to dominate in the recently-announced 2021 Russian Car of the Year announcements with wins in six categories. The winners were decided based on online voting by Russian citizens. Kia received recognition in categories such as minivans, mid-size SUV, business class, compact SUV and urban car. And as the brand's first in Russia, Kia also won the title of ‘Favorite brand in mass segment’.

Kia Carnival, the latest addition to the company's lineup in the country, was crowned the winner in the ‘Minivans’ category.

Sorento from Kia was proclaimed as the best in the ‘Mid-size SUV’ category. It is a fourth-generation model which has also won many international accolades like Red Dot, iF Design, Best Women’s Car of the Year, Golden Steering Wheel etc.

Kia K5 was voted the best in the ‘Business class’ category. It was launched in Russia in late 2020 and has currently established itself as the top three models from the company in the country.

Kia Seltos won in the ‘Compact SUV’ category for the second time. This model is also doing well globally. The company claims that Seltos offers the widest spec and trim choice catering to various needs of Russian customers.

The ‘Urban Car’ category saw Kia Picanto as the winner for six consecutive years. The automaker said that it is has become the favourite sub-compact car for Russians.

Managing director of Kia Russia & CIS Alexander Migal said that the requirements for a car in Russia are very demanding compared to the other markets due to difficult roads and climatic conditions. “Our models became the best in five classes. However the title of "Favorite brand in mass segment" is exceptional honor for us," he said. "It has been staying an emotional target for us over a dozen of years, being a symbol of recognition and trust of Russian consumers."

Recently the company also achieved a milestone of 2 million Kia cars sold since 2009 when the local distributor was founded.