Kia India sells over 18,000 units in February, Carens likely to ramp up numbers

While Kia Seltos continues to lead the sales chart for the company, Carens is expected to further bolster sales numbers.
By : HT Auto Desk
| Updated on: 02 Mar 2022, 01:21 PM 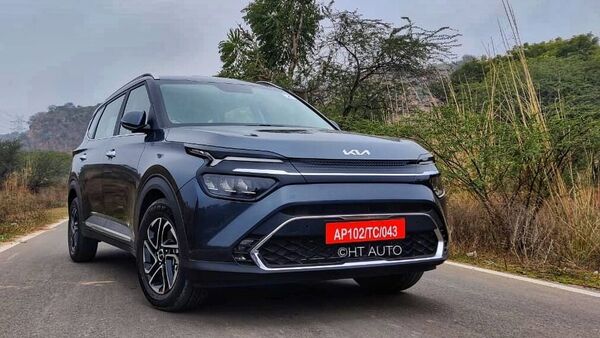 Kia Carens is the latest model introduced by the Koreans in India.

Kia India reported domestic sales of 18,121 units in the month of February, up by around 8.5% from sales figures in February of last year. And while Kia Seltos continues to be the hot-seller for the company, expectations are also running high on the just-launched Carens.

In the month just gone by, Kia sold 6,575 units of Seltos, followed by 6,154 units of Sonet. Carnival luxury MPV was a distant third with 282 units sold. But now, Carens is expected to take a prime position in the Kia lineup. The three-row vehicle was launched at a starting and introductory price of ₹8.99 lakh (ex showroom). “With the launch of Carens, we are looking forward to reaching new heights and strengthening our position in India," says Myung-Sik Sohn, Chief Sales Officer, Kia India. "Owing to the recently started third shift at our Anantapur plant, we aim to reduce wait times for all our models. However, the semiconductor shortage remains a concern for us, similar to the rest of the carmakers globally. We are hopeful for some improvement in the supply chain constrain from Q2 onwards."

Carens is powered by three engine options - two petrol and a diesel motor. It also has multiple transmission and seat-layout options, and comes loaded with a long list of features. The initial response for the vehicle has been strong with the focus now on meeting delivery timelines.

Kia recently announced adding of a third shift at its facility and that the site is now at 100% operational capacity. This is expected to reduce waiting time for products offered by the Koreans as the facility has an annual production capability of three lakh units.

Kia began its India operations in 2019 with the launch of Seltos. Its facility in Andhra Pradesh is spread over 530 acres and makes use of state-of-the-art machinery. It also serves as a base for exports to select overseas markets.